Astor to be homeported in Adelaide in 2017 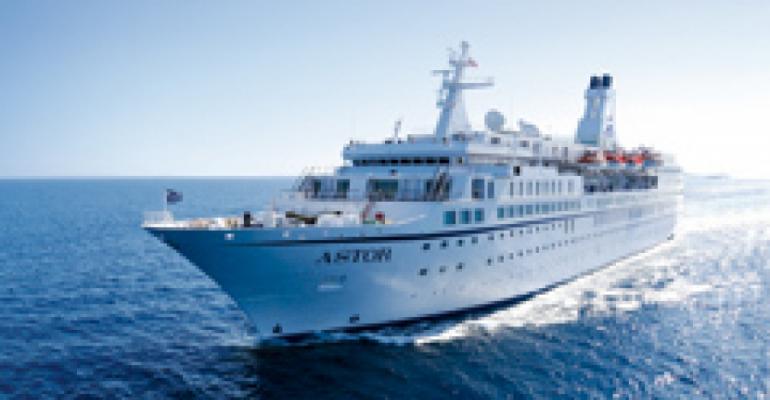 Cruise and Maritime Voyages’ 620-passenger Astor will homeport in Adelaide between February and March 2017 during her fourth season in Australia.
The 20,606gt ship arrived in Fremantle Thursday after a sold-out 53-night voyage from London via the Panama Canal, to commence her third season homeported in Western Australia.
As previously announced, she will return to Australia for a fourth season from October 2016 through to March 2017.
As well as a variety of sailings from Fremantle, Astor will offer three itineraries from Adelaide—a three-night cruise visiting Kangaroo Island, a three-night cruise calling at Kangaroo Island and Port Lincoln and a seven-night cruise to Tasmania.
‘We have been overwhelmed with how well she has been accepted and supported in Australia,’ CMV Australia’s ceo Grant Hunter said.
‘Already there is interest being shown in the 2016-17 summer Down Under,’ Hunter said.
Copyright © 2023. All rights reserved. Seatrade, a trading name of Informa Markets (UK) Limited.
TAGS: ports & destinations ships
0 comments
Hide comments
Related