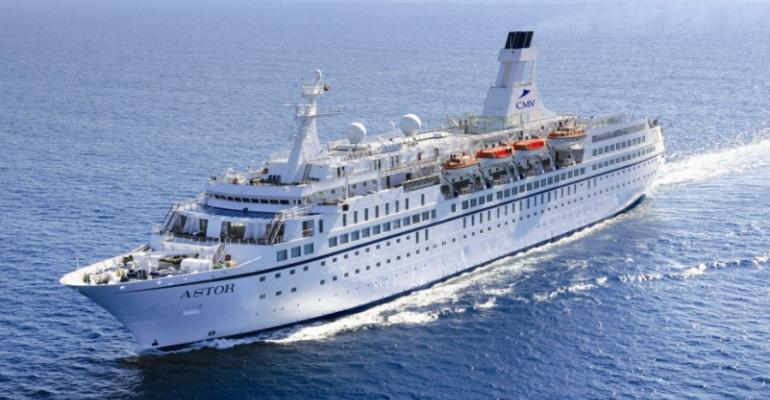 Astor will also be operating in summer 2015

Following his appointment as administrator of the insolvent Premicon Hochseekreuzfahrt GmbH & Co. KG MS Astor, Ralph Bünning has confirmed the cruise ship Astor will continue operating even beyond its 2014/15 winter season in Australia.

Bünning said the MS Astor one-ship-company and the charterer had reached an agreement to continue Astor's operation and to carry out all cruises as planned, also in the summer of 2015.

Bünning, a lawyer at Schultze & Braun in Bremen, has been appointed administrator for Premicon Hochseekreuzfahrt GmbH & Co. KG MS Astor by the Bremen District Court.

Meanwhile the creditor banks and the management of Premicon AG appointed Sven Lundehn, restructuring expert and managing director of Bremen-based Alldatax tax consultants, as authorised representative for the company's restructuring.

In a statement, Lundehn said the current insolvency resulted from the distribution channel changes in recent years which led to an insufficient capacity utilisation and, consequently, to insufficient earnings from the current charter contract. An arrest of Astor was recently avoided only as Global Maritime Group, parent company of the current charterer, Cruise & Maritime Voyages, settled receivable accounts to ensure the ship's continued operation.

Lundehn also put the current situation in context of a market situation which he said had been difficult for several years: ‘The German cruise market is in a consolidation phase which puts especially one-ship-companies under enormous pressure.’

With regard to the upcoming Australia season, Lundehn confirmed once again the ship's continued operation was secured: ‘Crew wages, bunker expenses and port costs will be paid. Passengers will not notice any difference.’

When Astor returns from Australia it is planned to start her 2015 summer season with a party night itinerary from Tilbury to Bremerhaven on May 1.

The ship is scheduled to operate itineraries in the Baltic, in Northern Scandinavia and around the British Isles. Next year's European summer season will come to a close with a short cruise from Bremerhaven to Antwerp on October 6-7.