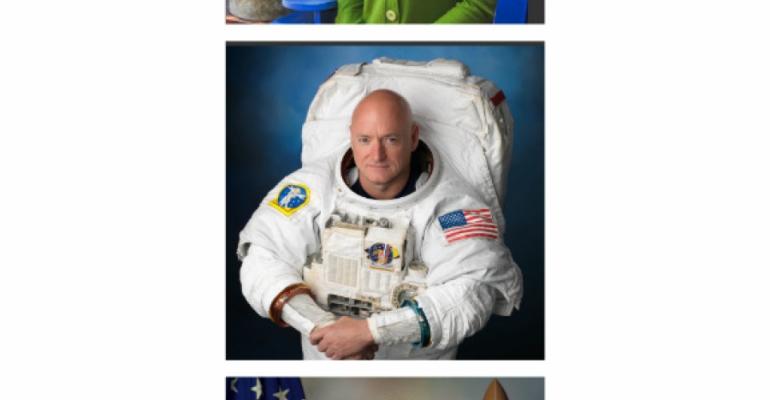 Additionally, for Scott Kelly, the Crystal cruise will be his first luxury vacation since returning from a record-breaking year in space.

Scott Kelly’s historic mission included NASA’s twin study, in which Mark Kelly served on the ground as a control model in an unprecedented experiment to understand how space affects the human body.

Over his 20-year career with NASA, Scott Kelly earned the coveted position of America’s first year-round astronaut. Prior to space travel, he served 25 years in the US Navy, retiring as an experienced aviator and decorated captain. Mark Kelly commanded Space Shuttle Endeavour’s final mission in May 2011, punctuating a distinguished career of NASA research that involved being one of only two individuals who visited the International Space Station on four occasions. He also served in the US military.

Mark Kelly’s wife, Rep. Gabrielle Giffords, a Democrat from Arizona, served in Congress since 2007. Her tenure was thrust into the spotlight in 2011 following an assassination attempt that killed six people and left her and 13 others critically wounded. Following a remarkable recovery and retirement from Congress, Giffords has used her position to speak out on issues and pursue bipartisan collaboration.

The three speakers will sail aboard the June 26 Seward to Vancouver, BC, cruise that visits Sitka, Juneau, Skagway and Ketchikan.