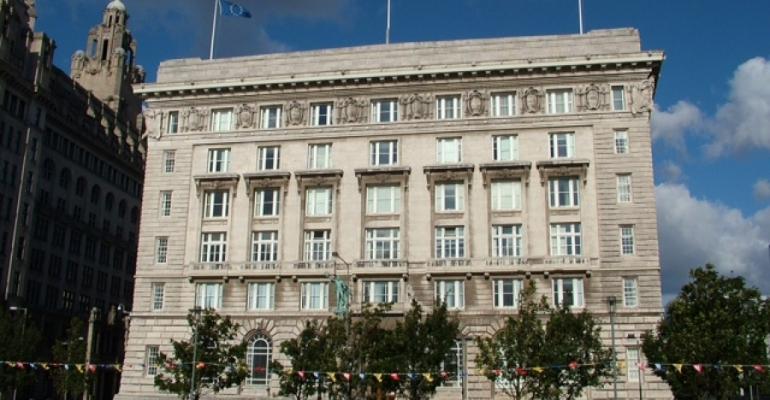 The striking waterfront office—part of Liverpool’s UNESCO World Heritage Site—was vacated by Cunard Line in 1967 after serving as its global headquarters since 1916. It has since been under various ownerships and multiple occupancy as one of the city’s most prestigious commercial locations.

Liverpool City Council bought the building a year ago and immediately announced plans for it to become a permanent passenger handling facility. Tuesday, however, the Liverpool Echo reported the scheme has been dropped due to 'astronomical cost.'

Despite occupying a prime location on the famous waterfront, the building has no car or coach parking and drop-off facilities, no baggage handling capacity and no secure route to the existing cruise berth and passenger embarkation point. Liverpool currently handles transit and day calls through a temporary structure.

The newspaper reported Liverpool Mayor Joe Anderson saying: 'It’s unlikely that we’ll be able to deliver on putting Liverpool Cruise Terminal into the Cunard Building. We have got a report ... it says the building is found to be unsuitable as it is looking very difficult to convert without spending huge amounts of money.'

Liverpool’s existing facility has handled 40 calls so far this year with Fred. Olsen’s Boudicca scheduled to make a further five visits before the end of  the year.

Nobody from Liverpool City Council or the mayor's office was available to comment at the time of writing.