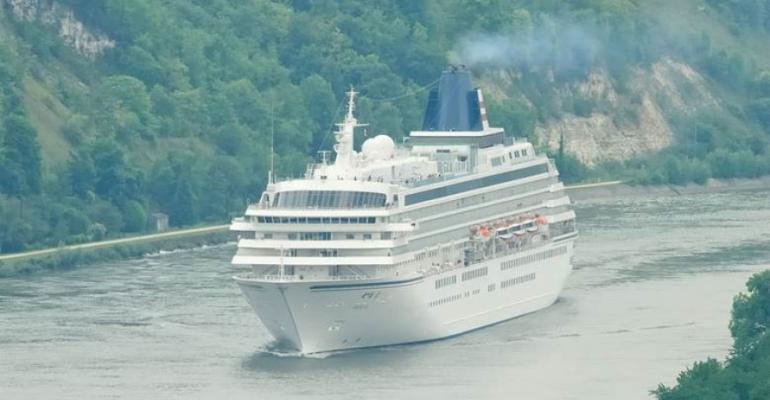 Asuka II sailing along the Seine, en route to Rouen

Yesterday marked the end of a three-day call at the port of Rouen for Asuka II as part of its 20th anniversary world cruise.

Rouen is the only French port the Japanese ship is calling in 2015, having arrived from Vigo, Spain, bound for New York via Ponta Delgada in the Azores.

Japan is a major market for the city’s tourism offering, not only for the legend of Joan of Arc, but in particular the Impressionist Art movement, its proximity to Monet’s garden at Giverny and the priceless art collections both in Paris and Rouen itself.

In addition, Thursday was a special day with more than 400 passengers taking a trip to the Palace of Versailles in Paris, with 340 choosing to stay for a gala dinner, arriving back at the ship at 2 a.m.

Rouen’s location along the River Seine is making it increasingly popular for overnight calls to allow extended and evening stays in Paris, as well as a host of specially created events for groups in Rouen.