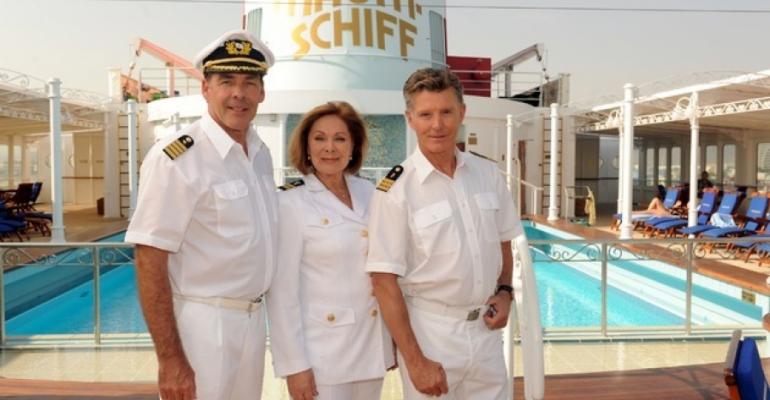 Members of the ficticious Deutschland crew in the 'Traumschiff' TV series. In future, Phönix's Amadea will be the new Traumschiff

An attempt to sell Deutschland to an undisclosed investor has failed resulting in the cancellation of the ship’s itineraries and the dismissal of shoreside staff at Reederei Peter Deilmann’s offices.

Talks with potential investors for the ship will continue, confirms Reinhold Schmid-Sperber, administrator of both MS Deutschland Beteiligungsgesellschaft mbH and Reederei Peter Deilmann.

According to industry sources, recent sale attempts fell through at the eleventh hour as deadlines elapsed without a deposit being paid.

In response to the failed sale, the administrator has dismissed 48 shore staff at the company including 30 with immediate effect, while the remaining ones will continue working until the end of April.

Staff were informed at a group meeting. Schmid-Sperber said he deeply regretted the step, adding that ‘both work and revenues for salaries’ were lacking to offer continued employment.

Deutschland's 50 person crew, on the contrary, will continue to be employed in order to guarantee the ship's safety and good condition. The vessel is still idle off Gibraltar.

The administrator also informed that all Deutschland’s published cruises are cancelled, with deposits being returned through a hedge arrangement.

On January 14, FTI Cruises which had a sales co-operation with Deilmann withdrew its support, stopped taking bookings and cancelled all reservations received so far. Deposits of these customers will be refunded as well.

Filming for the series, which is broadcast by the ZDF TV station with continuing success, had been produced on board the ship ever since its delivery in 1998.

Wolfgang Rademann, producer of the 'Traumschiff' series, has meanwhile found a replacement: Phönix Reisen's Amadea will take over the title role. An agreement with her operator has been signed. First filming will take place next month.