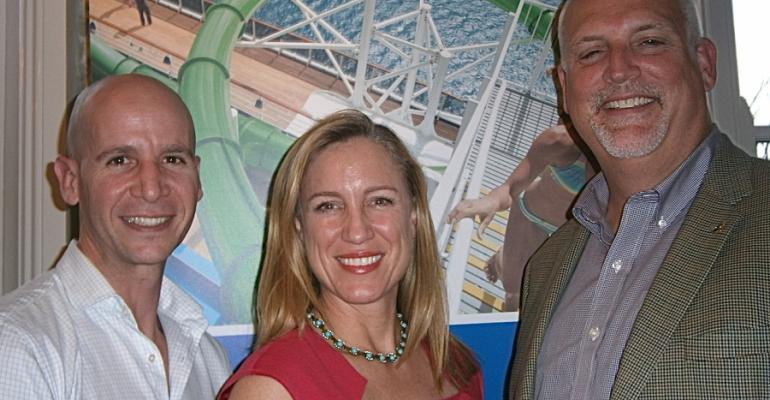 The 2,680-passenger Carnival Spirit, permanently homeported in Sydney in October 2012, is rated the No. 1 ship in Carnival Cruise Lines' 24-ship fleet.

This was announced by vp Australia and New Zealand, Jennifer Vandekreeke, at the launch of the company’s 2015/16 Australian cruise programme in Sydney Monday evening.

Vandekreeke said when Carnival Spirit arrived in Sydney it was rated about 20th. Since then, many improvements have been made.

As previously reported, there are float/fly and fly/float voyages aboard Carnival Spirit which leaves Sydney August 1, 2015, for Singapore where she will go into drydock before making the return journey on August 30. These voyages go via Brisbane which Vandekreeke said will give Queenslanders their first chance to sail with Carnival from their doorstep.

However, Vandekreeke said the majority of the 143 itineraries in 2015/16, which go on sale June 5, will be from Sydney to the South Pacific.

She said they are the company’s trademark cruises which have proved particularly popular with holidaymakers aged between 30 and 50.