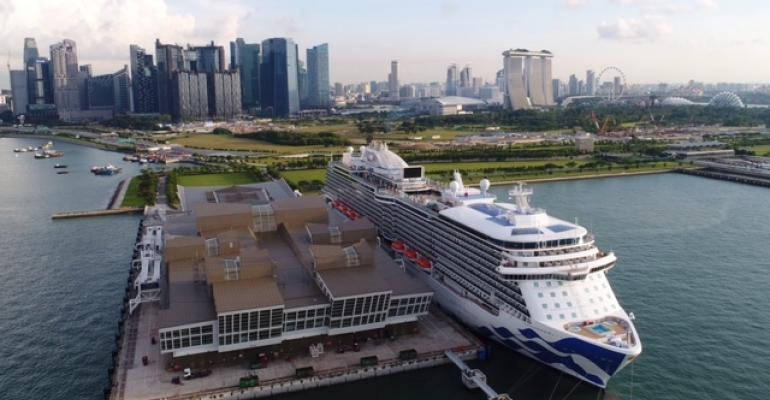 With cruise capacity expected to grow approximately 6% in 2018, regions set for the greatest increases are Australia, Europe excluding the Mediterranean and Alaska, according to new research by Wells Fargo Securities.

The brokerage estimates capacity in those regions will rise by 6% to 10%, compared to the Caribbean and Mediterranean's more moderate growth of 3% to 4%.

'We believe Asia/Australia/New Zealand capacity will increase 5% to 8%, with China flattish, given growing diversification to Singapore/Southeast Asia and, in the winter [austral summer] season, Australia/New Zealand,' Wells Fargo analyst Tim Conder said in a note.

Deployment may continue to change, Conder said, particularly for China, given the close-in booking tendencies of cruisers there.

The Wells Fargo research looked at available lower berth days based on announced deployments by the major cruise operators.

Given the strong cruise industry fundamentals from 2015 to 2017 and accelerated year over year 2018 capacity growth, the impact of any increase in negative geopolitical/terrorist events could be magnified, Conder cautioned investors, especially in Europe. Alaska will bear watching given capacity growth, while Asia’s more moderate growth could precipitate pricing upside, he added.

Capacity growth of 8% to 10% in Australia next year is driven by Majestic Princess, customized for the China market but scheduled to operate a season in Australia/New Zealand, while P&O Cruises Australia has an additional ship and Ovation of the Seas will be returning slightly earlier for a second season.

Mediterranean capacity growth will be a modest 1% to 3%, Wells Fargo said, with newbuilds Symphony of the Seas, MSC Seaview and Seabourn Ovation in the Mediterranean next year, along with Rhapsody of the Seas for the summer season.

Europe, excluding the Mediterranean, should see an 8% to 10% capacity spike, considering newbuilds AIDAnova, Seabourn Ovation and Mein Schiff 1, along with the Sapphire Princess redeployment.

Asia capacity is projected to grow 5% to 8%, with Dream Cruises, Princess and Royal Caribbean all allocating more berths to Asia/Singapore and Australia in 2018, diversifying sourcing in the region and maximizing yields across two summer seasons. Costa, MSC, Norwegian, Royal Caribbean, Star Cruises and Dream Cruises are among the major brands that are maintaining year-round deployment in China. Specifically, China capacity could be down 5% to up 15% year over year.