Australia No. 2 market for Azamara, first world voyage to commence from Sydney 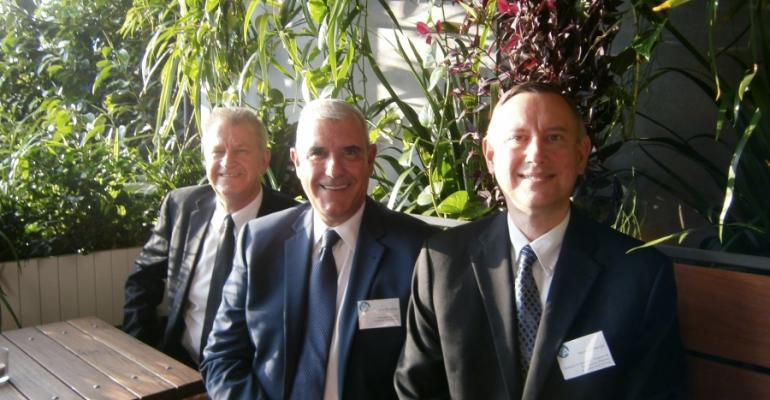 Azamara Journey will make a world voyage from Sydney to London on March 7, 2018, Larry Pimentel, president and ceo of Azamara Club Cruises, told travel partners and media at a reception in Sydney Monday night.

It will take 102 days, calling at 62 ports in 29 countries, with 18 late nights, 13 overnights and eight AzAmazing Evenings.

‘The market in Australia has exploded for us,’ Pimentel said. ‘It is about 17% of our business and just five years ago it was less than 1%. It has grown and grown and continues to grow.

‘We are in a year where we are going to have just under 7,000 Australian guests on two small Azamara ships (Azamara Quest and Azamara Journey).

‘In the next couple of years we will hit 23 different ports in Australia.’

Pimentel said the popularity of Azamara is all the more remarkable as it has never had a ship in Australia until now.

He said the arrival of the 686-passenger Azamara Quest in Darwin on December 28 on the company’s maiden visit to Australia will give local travel agents the opportunity to see the product.

She arrives in Cairns on January 5 and will make a 10-night ‘Great Barrier Reef’ voyage to Sydney where she will overnight on January 14.

On January 15 she will  make a 16-night ‘Australia and New Zealand’ cruise, arriving in Auckland on January 31. She then makes a 13-night return voyage to Sydney, arriving February 12 for an overnight.

The AzAmazing evening during an overnight in Hobart en route to New Zealand on the January 15 sailing from Sydney includes a welcome by the Tasmanian Police Pipe Band and a private performance by the Tasmanian Symphony Orchestra. Passengers will be invited to mingle with the musicians and meet the conductor.

Pimentel is hosting another industry event in Brisbane Tuesday evening.