Australia’s Coral Discoverer to get new look for Asian programme 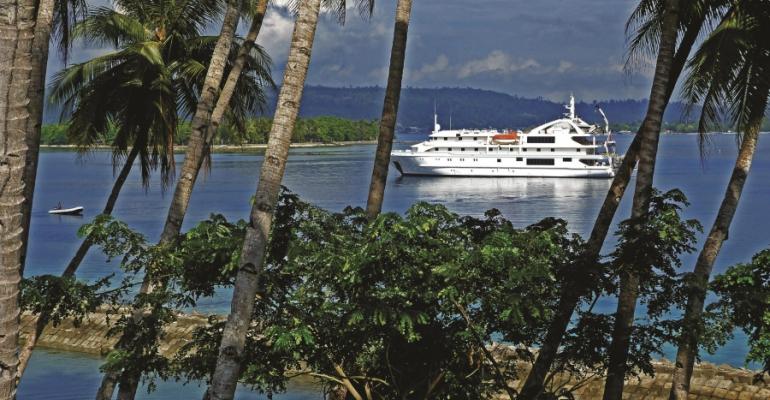 November 13 is a red-letter day for Coral Expeditions’ 1,200gt Coral Discoverer when she arrives in Singapore at the conclusion of a voyage from Kalimantan in Indonesia.

After disembarking passengers she will immediately head for the DDW- PaxOcean Shipyard for a major makeover.

This will include a bar in an undercover Sun Deck area and the addition of six Bridge Deck balcony staterooms. All other staterooms will be upgraded with new bathroom fixtures, soft furnishings and artwork.

She will leave the yard on November 24 and departs Singapore the following day on the first cruise of her inaugural 2016 Asia programme -- a 12-night voyage to Yangon.

The purpose-built Coral Discoverer was named Oceanic Princess when she was launched at the NQEA shipyard in Cairns in January 2005 for Coral Princess Cruises. In September the following year the company’s founder, Capt. Tony Briggs, renamed the 76-passenger mono-hull Oceanic Discoverer.

‘There is confusion in the marketplace with so many ships carrying the name Princess,’ Briggs said at the time.