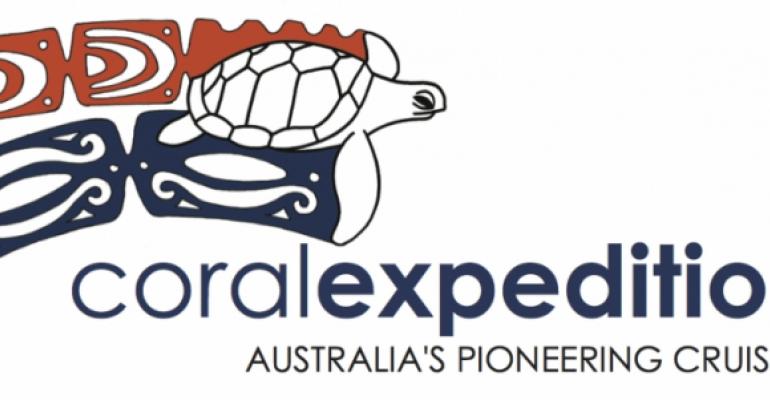 As previously reported, in December last year Kallang Capital Holdings of Singapore became the majority shareholder of the company founded by Capt. Tony Briggs in 1984.

At the time Kallang’s md Paul Chacko said it would invest in upgrading the three purpose-built ships.

It has now been announced they will be rechristened and refurbished in line with the new brand over the next year.

The company also has a new logo, a decorative turtle, designed by Cairns-based artist Brian Robinson who grew up in the Torres Strait, located between the tip of Cape York Peninsula and Papua New Guinea, who is an expert on traditional motifs.

Coral Expeditions, which operates cruises around the Great Barrier Reef, the Kimberley, Cape York and Arnhem Land, Papua New Guinea and the South Pacific, will launch an inaugural season of expeditions along the coastline of Tasmania in November.