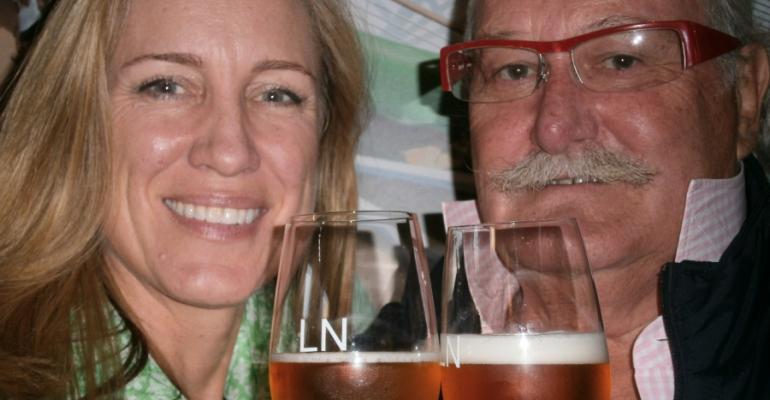 Vandekreeke said it has been created to satisfy the great Australian thirst for beer and it will be on tap in Carnival Spirit’s 14 bars from June 1.

Described as a refreshing ‘very drinkable’ beer that captures the spirit of a holiday at sea, the Thirsty Frog Summer Ale will be introduced to Carnival Legend when it arrives on September 22 for an inaugural extended season that runs until April 2015.

The Lord Nelson, established in 1841, is located in The Rocks, a historic area dating back to the early days of the Colony of New South Wales, founded in 1788.

Transit passengers from ships docked at the Overseas Passenger Terminal in Circular Quay set off on foot to explore The Rocks, named after the original buildings made of local sandstone.

A stunning sandstone facade was revealed when md Blair Hayden and his co-owners took over the Lord Nelson in 1986 and restored it with the help of an 1852 photograph.

They built a microbrewery in the back area of the bar and cellar to create beers in the style of the traditional English ale, using only malt, hops, yeast and water with no added sugars, preservatives or additives.

Vandekreeke said the bespoke cruise beer is part of the ongoing ‘Aussification’ of Carnival Spirit and Carnival Legend.