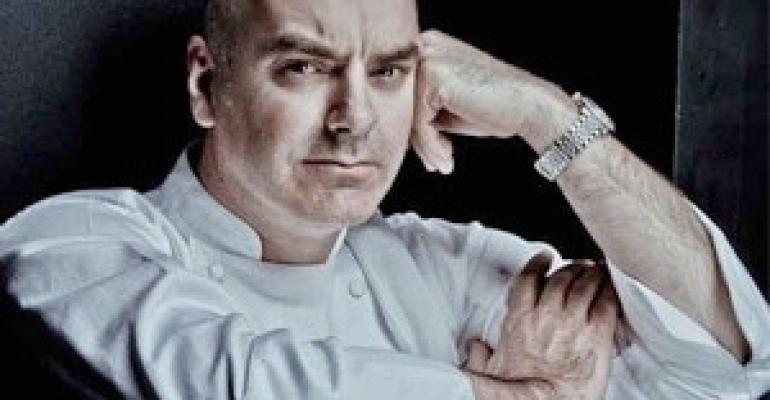 Mark Best, the Australian representative on Holland America Line’s Culinary Council, a team of top-name chefs from around the world who oversee the dining experience throughout the fleet, will join Noordam in Vancouver on September 19 for a seven-day round voyage to Alaska.
Best, the owner of fine dining restaurant Marque in Sydney’s Surry Hills, opened Pei Modern in Melbourne in 2012 and Pei Modern in Sydney’s Four Seasons Hotel in October 2014.
Holland America Line’s deputy director international public relations, Jerrol Golden, hosted a media lunch at Pei Modern in Sydney earlier this year to preview the 2,650-passenger Koningsdam which will make her maiden voyage in April 2016.
Best will give demonstrations in Noordam’s Culinary Arts Center and passengers will have the opportunity to enjoy an exclusive dinner featuring his signature dishes in the Pinnacle Grill.
‘Seeing Alaska has long been an item on my bucket list,’ he said. ‘The combination of sharing this experience with other like-minded guests showing off my love of cooking is extremely humbling.’
Holland America Line’s director of sales for Australia and New Zealand, Tony Archbold, said Best is an icon of Australia’s food scene.
‘Our global guests, no matter where they come from, love his menu items featured on board, so to have him demonstrate some of these dishes in our much lauded Culinary Arts Center will be an absolute treat,’ Archbold said.
Noordam arrives in Sydney on October 25 for her maiden season in Australia which goes through until April 2016.
Copyright © 2023. All rights reserved. Seatrade, a trading name of Informa Markets (UK) Limited.
TAGS: people cruise lines food and beverage
0 comments
Hide comments
Related