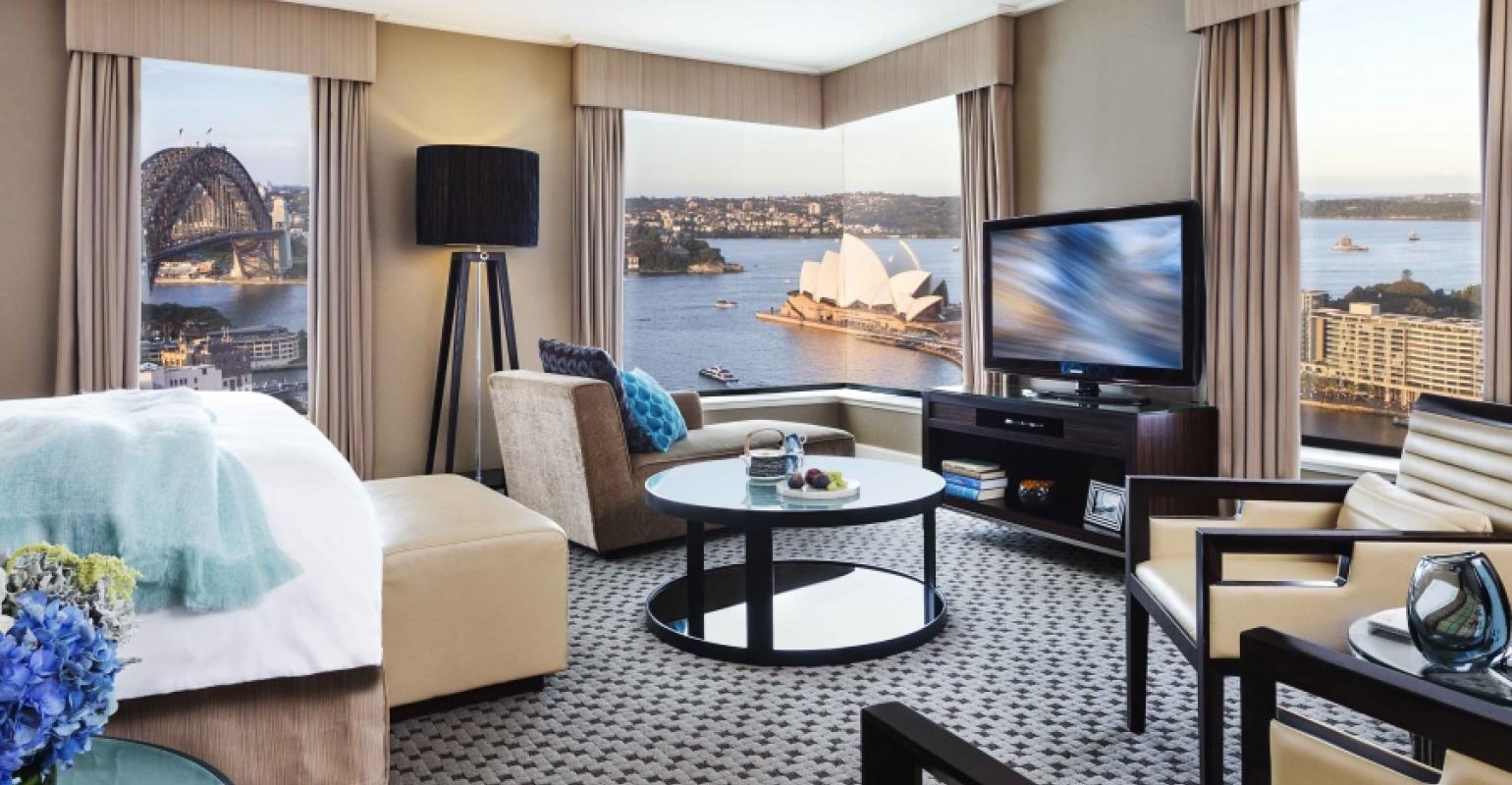 Sydney Harbour views from a suite at the Four Seasons Hotel

The Four Seasons Hotel in George Street, Sydney will be the venue for ACA 2016 from September 7-9, as first reported here.
Ceo Jill Abel said the choice of venue had been ‘highly contested’ and that a main reason for selecting the Four Seasons Hotel is its location overlooking Sydney Harbour and its close proximity to the Overseas Passenger Terminal where hospitality events are planned.
The 20th anniversary of the conference will highlight Sydney as the gateway port to Australia and many overseas delegates are expected to attend this historic event.
Abel said plenary and workshop sessions at the conference, which is sponsored by the Port Authority of NSW and Destination New South Wales, will explore a range of topics critical to the future of Australia’s burgeoning cruise industry.
Keynote speakers from international cruise markets are yet to be announced.
Registrations open in May.
Copyright © 2020. All rights reserved.  Seatrade, a trading name of Informa Markets (UK) Limited.
TAGS: events associations
0 comments
Hide comments
Related