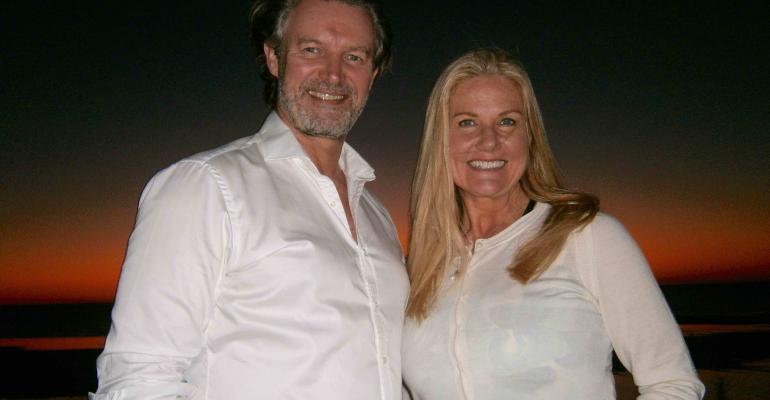 Cruising in Australia has gone from zero to hero in 10 years, keynote speaker Sture Myrmell told delegates at ACA 2018 in Broome.

However, Myrmell, who is president of both Carnival Australia and P&O Cruises Australia, said Australia’s 5.7% penetration is not a ceiling—it is a platform for future growth.

94% of Australians have not cruised

‘Knowing that 94% of Australians did not take a cruise last year tells us that there is a vast group of people for us to win over to cruising,’ he said.

He said there are around 300 ships in the global cruise industry and they account for around 540,000 lower beds.

‘If you then look at the orderbooks you will see that over 100 ships are due to be delivered between now and 2027, representing 270,000 lower beds.

‘So it’s clear that there will be a steady capacity growth in many years to come.’

Myrmell said only a limited number of shipyards are capable of building cruise ships.

‘Even at full capacity their combined output can only increase supply by 3-5% each year,’ he said.

‘This means we are looking at measured, steady growth—not an explosion.

‘And when you compare the entire global cruise industry with other popular tourist destinations, you realise that cruising is still only small in terms of tourism as a whole.

In fact, the entire global cruise industry is only equivalent to about a third of the annual number of visitors to Orlando, Florida.’

He said closer to home, the 1.3m Australians who took an ocean cruise last year is roughly equivalent to the number of overnight visitors Tasmania had last year.

‘There is no doubt that as an industry we have been very good at conveying a sense of excitement about the product, the ships and the destinations,’ he said.

‘That is a story we need to continue telling.’

But it all comes down to infrastructure

Another keynote speaker, Susan Bonner, vp and md for Royal Caribbean Cruises Australia and New Zealand, showed a video of her company’s fleet.

‘Would you like to have these ships in Australia?’ she asked a receptive audience.

‘Well, they can’t come at the moment because there isn’t adequate infrastructure,’ Bonner said.

She said the industry should work together with governments and ports to pave the way for the world’s biggest ships.