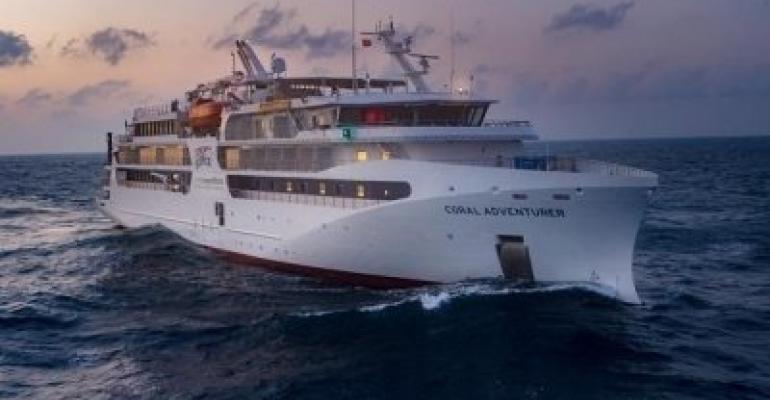 A team of marine and management staff from Coral Expeditions joined representatives from the Vard Vung Tau shipyard in Vietnam to put the vessel through her paces in rough sea conditions and it ‘demonstrated impressive stability.’
‘The Coral Expeditions team, led by group gm Mark Fifield has worked closely with the shipyard to ensure the vessel meets our requirements for extended expeditions in remote areas,’ executive director Paul Chacko said. ‘We have drawn on three decades of building and operating our own ships to ensure we get it right.

‘While we could have easily justified a bigger ship, we restricted her to 120 passengers which we feel is the limit for a true expedition experience,’ Chacko said. ‘With this successful build behind us, the company is poised to further develop its new-build programme to cater for growing demand for expedition cruising.’