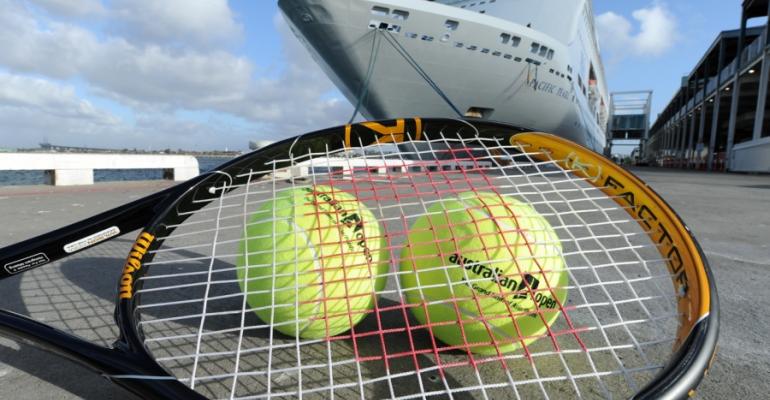 P&O Cruises Australia’s 1,800-passenger Pacific Pearl sails from Sydney Monday on a five-night round cruise to the Australian Open in Melbourne.

The tennis fans will receive a two-day Australian Open ground pass ticket, with bus transfers between the ship and the grounds.

The company’s svp Tammy Marshall said from now on it will be an annual event, following the success of last year’s inaugural Australian Open voyage which gave passengers only one day at the tennis tournament.

This year’s sold-out cruise is taking one of the biggest single groups to the Open on any one day.

The Australian Open is a major tennis tournament held annually during the last fortnight of January in Melbourne.

First held in 1905, it is the first of four grand slam tennis events of the year. The French Open, Wimbledon and the US Open follow.