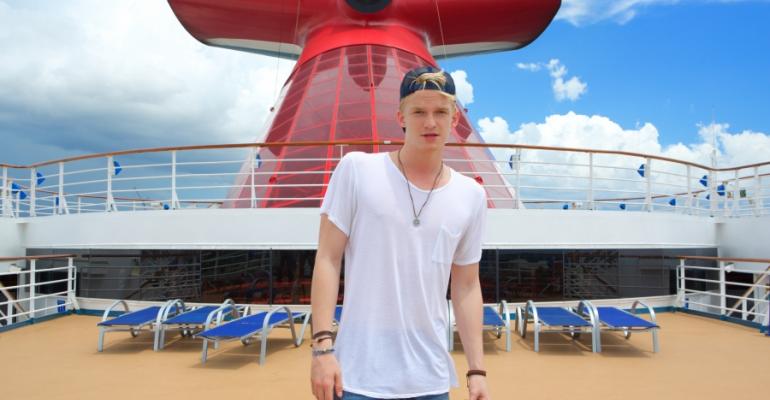 Cody Simpson, the 17-year-old pop sensation from Queensland’s Gold Coast who is signed to US record label Atlantic Records and now lives in Los Angeles, is returning to Sydney for the maiden arrival of Carnival Legend.

Simpson will perform on top of the 88,500gt Carnival Legend against the backdrop of the Sydney Harbour Bridge with the Australian Girls Choir when the ship berths at the Overseas Passenger Terminal at Circular Quay on September 22.

‘I always love coming home to Australia and am so excited to be performing in this once-in-a-lifetime location with the talented Australian Girls Choir,’ Cody, whose videos have received more than 150m views  on YouTube, said.

‘I’ve performed all around the world but I can honestly say I have never performed on top of a giant ship in Sydney Harbour.’

Carnival Cruise Lines’ vp Australia and New Zealand, Jennifer Vandekreeke, has invited travel partners and media to join Carnival Legend, which will operate a maiden extended season in Australia until April 2015, for a one-night Legend-ary cruise to nowhere on September 23.