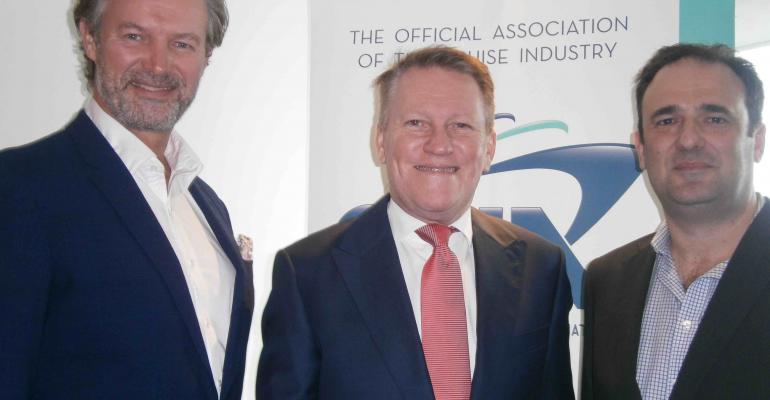 Australian ocean cruise passenger numbers continued to grow in 2017, albeit at a slower rate due to capacity constraints.

Presenting the Cruise Industry Ocean Source Market Report Australia 2017 today, CLIA Australasia’s outgoing chairman, Steve Odell, svp & md Norwegian Cruise Line Holdings Asia Pacific, said 1.34m passengers took an ocean cruise last year.
Australia was once again at the top of the global cruise industry for market penetration with 5.7% of the population taking an ocean cruise in 2017. Odell said that is the equivalent of almost one in every 18 Australians cruising.
Australia remains the only country to have achieved a population penetration rate of more than 4%, with the well-established US market sitting on 3.7% and the UK and Ireland on 3%.

Accounting for 5.4% of the 26.7m people across the world who took a cruise in 2017, Australia was the fourth largest source market.
Regional cruising continues to dominate the Australian source market, with the South Pacific maintaining its position as Australia’s favourite cruise destination. With cruise ships calling at 41 regional ports and anchorages around the Australian coastline, local communities are benefitting from the injection of valuable tourist dollars.
Asia was the most popular long-haul fly-cruise region for Australian cruisers accounting for 7.3% of travellers, followed by the Mediterranean with 4.6% and then Alaska (2.8%), USA/Hawaii/Mexico (2.3%) and the Caribbean (2.1%).
Australia continues to be an attractive cruise destination for international holidaymakers with around 200,000 international passengers. Based on inbound tourist arrivals, CLIA estimates that cruising was the seventh largest source of inbound international tourists in 2017. In total, cruisers from 145 countries visited the region. The US was the largest source of inbound cruise visitors (87,000), with the United Kingdom (21,000), Europe (19,000), Canada (14,000) and the growing source market of Asia (7,000) also delivering significant cruise passengers to the region.

Limited infrastructure will keep market from 2m target by 2020

However, Odell, who was first elected chairman in December 2005 and has just completed his two-year term after being elected again in May 2016, said that capacity constraints will prevent Australia hitting its target of 2m ocean cruise passengers in 2020.
He said the crisis has been looming over the cruise industry for years and ‘we have now pretty much reached capacity.’

'No room in the inn' for more homeporting lines

Odell named several cruise companies that want to homeport in Australia, but said there is currently ‘no room in the inn.’