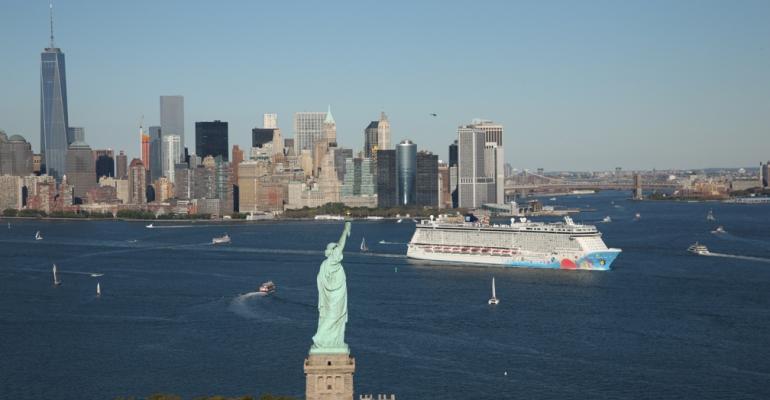 The average spending per passenger and crew in New York City increased 30% from 2016 to 2017. Pictured: Norwegian Breakaway

New York City's cruise industry is stronger than ever, with an economic impact of more than $228m, up 41% since 2016, according to a new study.

This shows the highest spending among all continental US ports, and second stateside only to Honolulu.

Some 96% of transit passengers were estimated to have gone ashore and visited the city. Transit passengers were estimated to have spent an average of $145 per passenger and a total of $6.2m. Their greatest spending was on tours, followed by restaurants and bars, and, in order, unspecified other purchases, clothing, entertainment/nightclubs/casinos, museums, taxis/ground transport and watches/jewelry.

People from outside New York City and the tri-state area (New York, New Jersey and Connecticut) continue to represent the majority of cruisers. Twenty-three percent of embarking cruise passengers reside in the tri-state area.

Overall, on a five-point scale, 79% of embarking passengers were satisfied with their overall visit to New York.