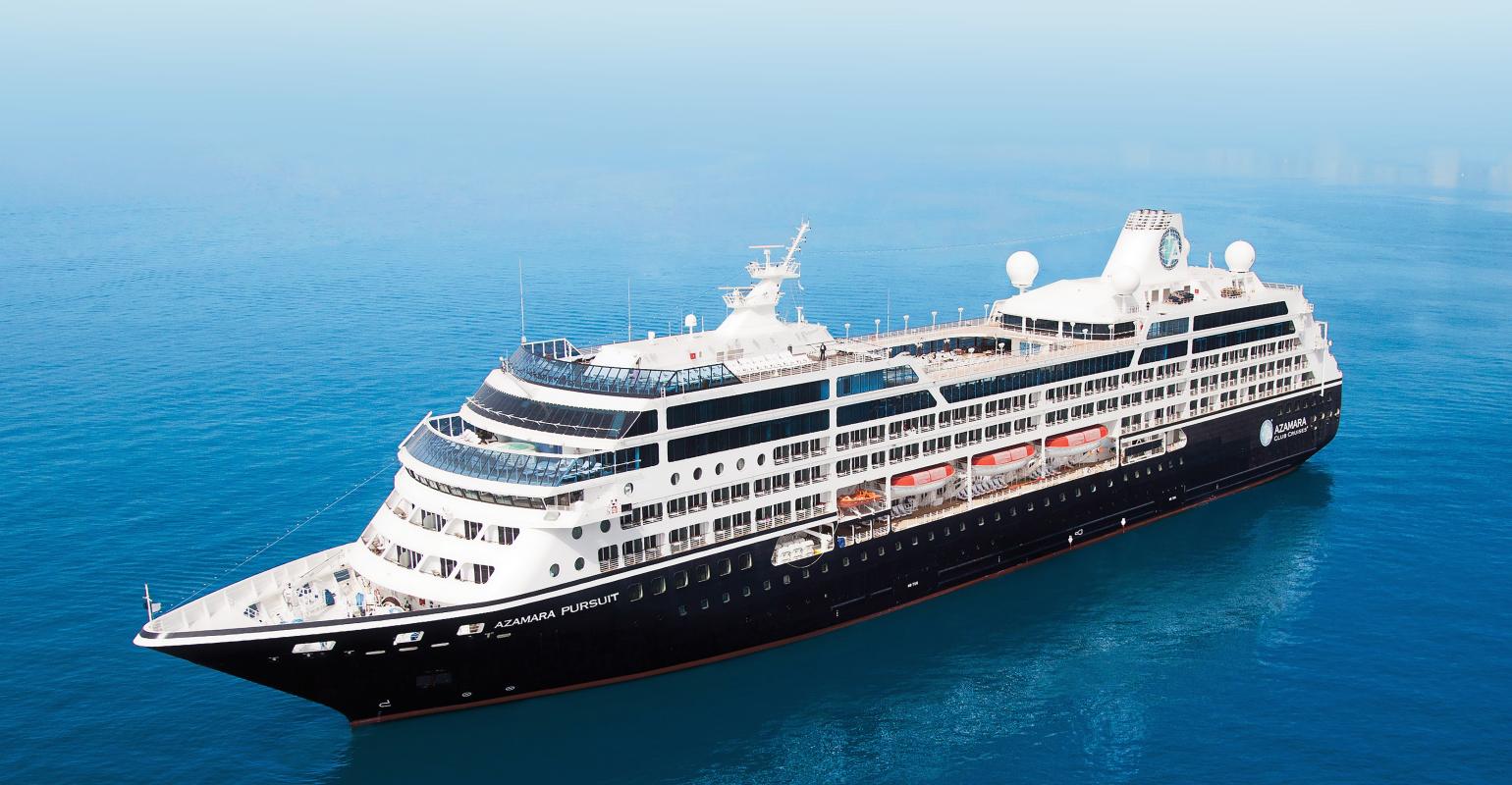 Azamara Club Cruises revealed that its third ship, Azamara Pursuit, will be refitted in the UK as it prepares to go into wet dock in Belfast in spring 2018. Outfitting specialist MJM Group will manage the refit project which will take place at the Harland and Wolff shipyard. Work will be completed by the end of July.

It is the first time that Royal Caribbean Cruises Ltd., owner of the Azamara brand, has chosen a UK shipyard for such a project.

Azamara Pursuit will join the two-ship fleet in August, after being transformed to be almost identical to its sister ships Azamara Quest and Azamara Journey.

In addition, Azamara announced the ship’s maiden voyage will now begin in Southampton, and that its first four voyages will touch the UK.

Larry Pimentel, president and ceo of Azamara Club Cruises, said: ‘We’ve seen unprecedented support from the UK market for Azamara Pursuit, so we are delighted to be able to show our recognition of this by allowing its transformational journey to take place here. We’ve seen double the UK demand for Azamara Pursuit than we usually see for its sister ships, so this is a really exciting time for us as a brand.’

Pimentel also revealed the maiden voyage will depart from Southampton and provide travellers with a country-intensive voyage to Norway. ‘We launched our country-intensive series last year as an opportunity for guests to explore countries on a more in-depth level, which is part of our commitment to destination immersion.’

The maiden voyage will depart August 1 and travel to eight Norwegian destinations, including Kristiansand, Flåm and Haugesund, with overnight stays in Oslo and Bergen. Azamara Pursuit’s sister ship, Azamara Journey, will dock in Haugesund on the same day, marking their first meeting.

Richard Twynam, managing director for UK and Ireland, added: ‘2017 was a record year for Azamara in this market, with the business growing by an impressive 30%. Looking at 2018, the UK market is in a fantastic position already, having generated more revenue for 2018 at this point than in 2015 overall. What’s more, repeat guest levels from the UK are the highest for the brand overall. The Azamara Pursuit announcements are enabling us to continue the drumbeat of good news, with even more opportunities for agents and guests to see Azamara ships in the UK than ever before.’