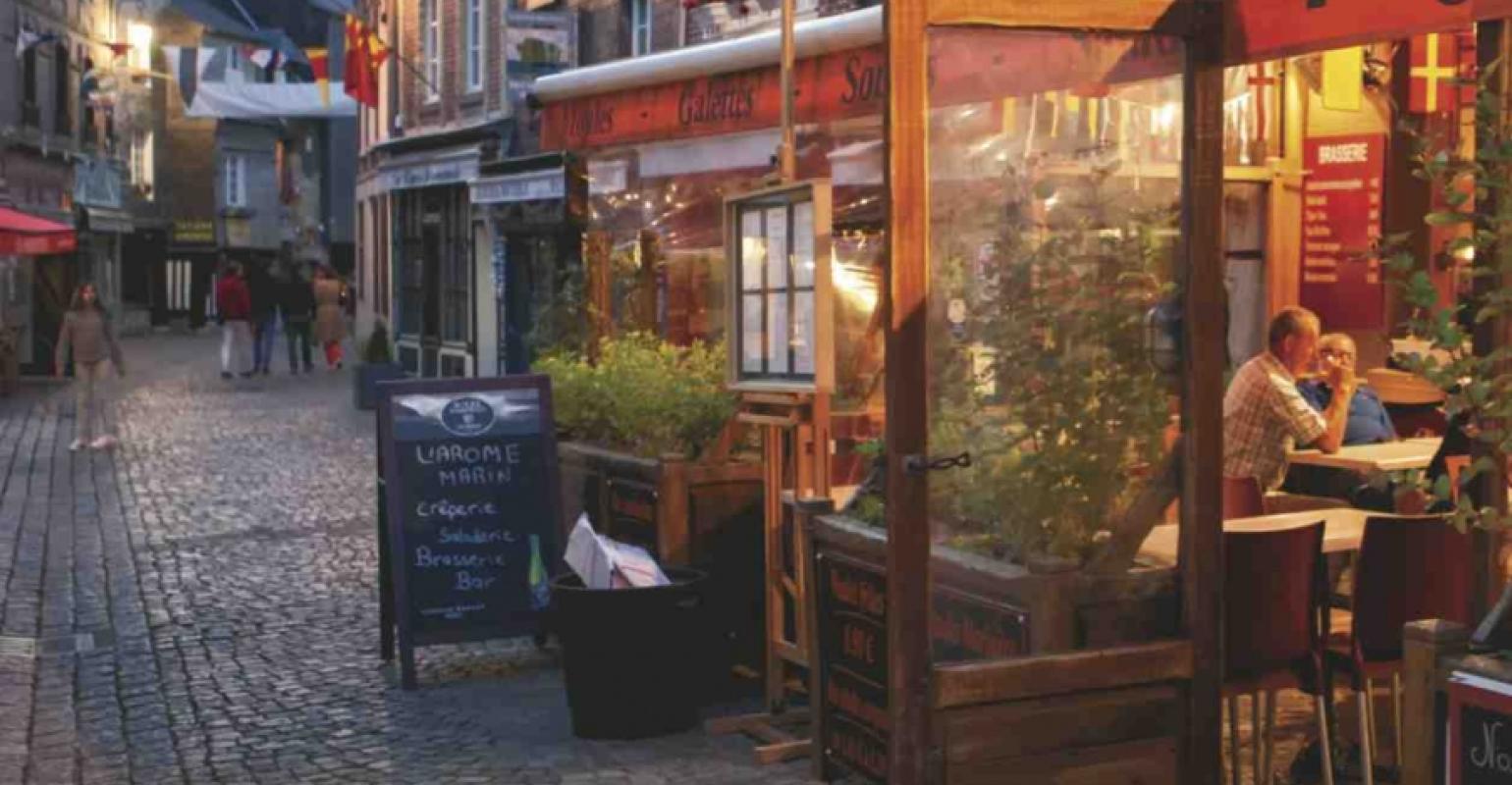 One of the multi-channel campaign's print ads shows an after-dark scene in Honfleur, France

Unusual for a smaller brand, Azamara Club Cruises is embarking on television advertising as part of a multimedia effort that president and ceo Larry Pimentel called 'our biggest campaign ever.'

The campaign is 'in support of future growth' and represents unprecedented spending for the two-ship line, according to Alicia Clarke, senior account executive at Current, Azamara's public relations agency. Along with television, the integrated effort includes print, social media, online, direct mail, e-marketing, website and brochures.

The focus is on destinations and how Azamara provides 'longer stays, more overnights, night touring'—a phrase Pimentel said the line has trademarked.

'The campaign is a reflection of our successful brand essence that has many lines copying Azamara,' he asserted.

The Big agency provided the creative elements for the advertising, and the commercials were directed by Kay Fowler, an Azamara team member.

One is focused on land ('It's the reason we cruise'), another on more time ('We give you something you've always wanted: longer stays, more overnights, night touring') and the third on night ('It's the best time of the day'). All end with the tagline 'The voyage for those who love travel.'

Hashtag #LoveTravel is used throughout.

The commercials employ a succession of quick cuts. Explaining the fast pace, Pimentel said: 'Creatives see the world uniquely packaged in 30 seconds,' adding there will always be differing views about advertising.

'The good news is many are talking about "little" Azamara Club Cruises and we continue to be noticed despite our boutique size,' he said.

A newly published 160-page book supports the campaign. It delves into ways Azamara helps travelers immerse themselves in the destinations, such as AzAmazing Evenings, Insider Access, Nights and Cool Places plus the recently developed Cruise Global, Eat Local.