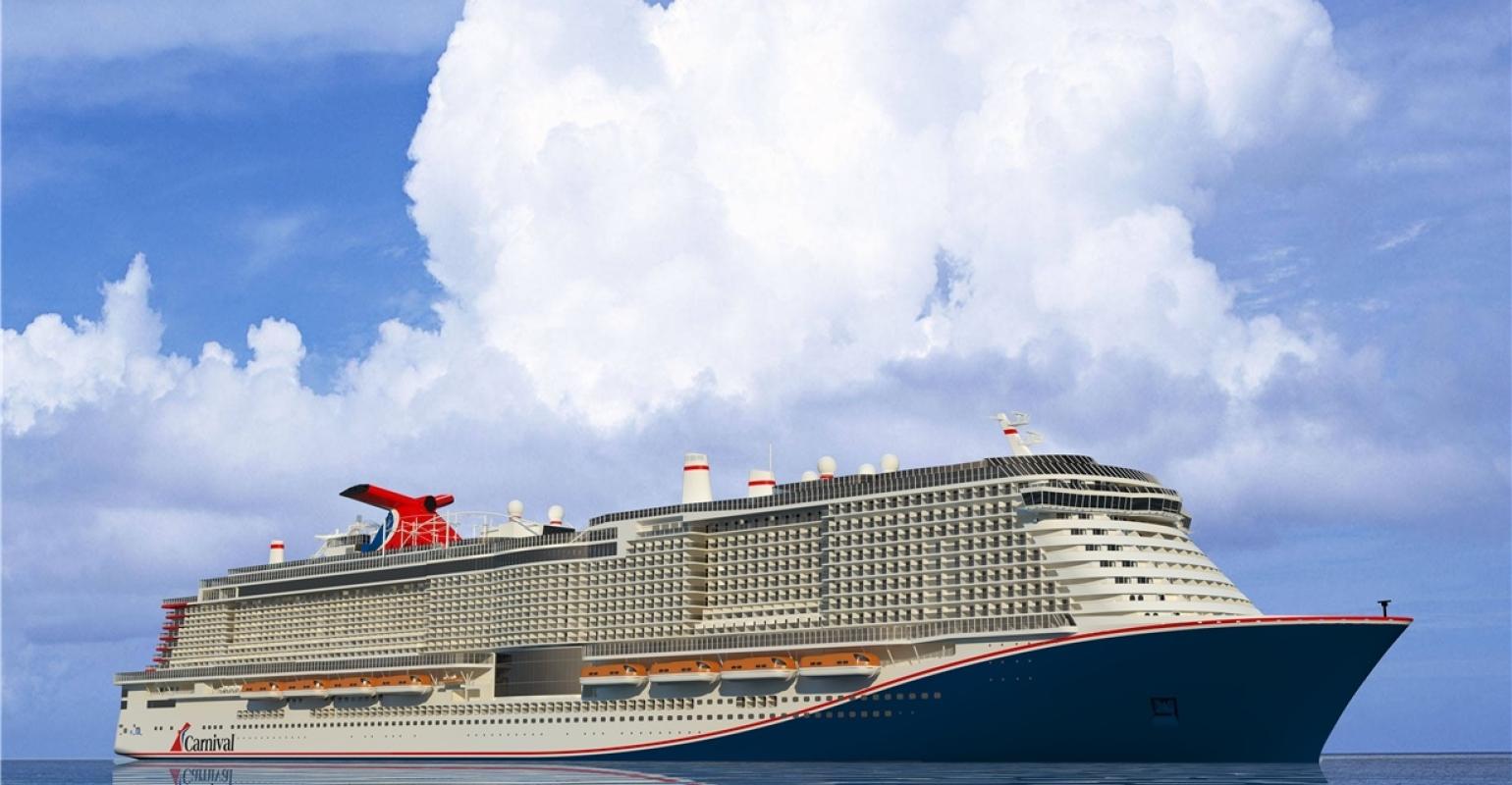 At 180,000gt, the new Mardi Gras will be more than six times the size of its namesake
In a nod to Carnival Cruise Line history, its new 'XL'-class ship to be delivered in 2020 will be called Mardi Gras. This was the name of the first Fun Ship that entered service in 1972.

Announced on 'Wheel of Fortune'

Carnival revealed the name to a nationwide television audience on the popular game show 'Wheel of Fortune' on its signature Puzzleboard at the conclusion of Wednesday night's broadcast.

Mardi Gras will be the largest Carnival ship ever constructed and the first in North America to be powered by liquefied natural gas. At 180,000gt, the new Mardi Gras will be more than six times the size of its namesake.

Currently under construction at Meyer Turku in Finland, the 5,200-plus lower berth vessel will offer a variety of innovations and attractions.

Itineraries to be announced in January

Itineraries for Mardi Gras will be announced in January and go on sale later that month.

The original 27,000gt Mardi Gras, a converted trans-Atlantic ocean liner purchased by entrepreneur and Carnival founder Ted Arison, helped usher in modern-day Caribbean cruising when it set sail on its inaugural voyage in 1972. Carnival was key to transforming seagoing vacations as something reserved for the elite into a mainstream holiday.

Carnival previously announced the ship will be based at Port Canaveral, from the new Cruise Terminal 3.