Baltic and Norwegian ports get the party started on Miami Beach 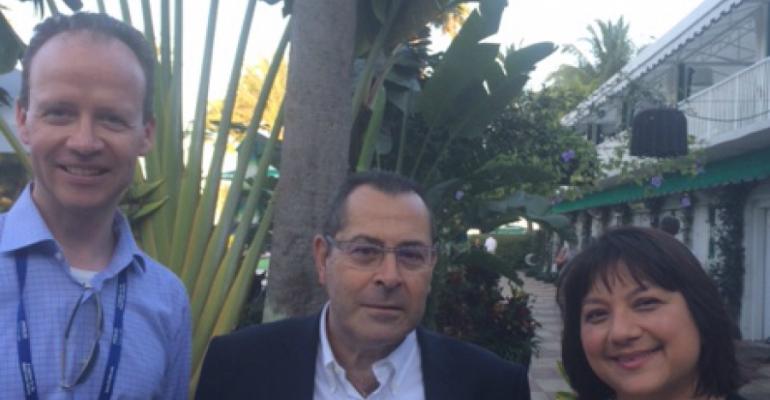 Port representatives from the North of Europe got this year’s Cruise Shipping Miami social scene off to a flying start Sunday on a balmy evening at Miami Beach.

Copenhagen, Stockholm and Cruise Baltic combined to hold a VIP cocktail at the Surfcomber Hotel.

Prior to the party, Cruise Copenhagen Network director Claus Bødker revealed the findings of its 2014 passenger survey which showed over 70% of cruise visitors to the Danish capital are over 56 years old. The five most popular shorex are the Tivoli Gardens, Canal Tours, Amalienborg Palace, Christianborg Palace and Rosenborg Castle, he added. ‘We were surprised the Little Mermaid was not among the top five,’ Bodker commented.

Danish port representatives are delighted at the growth projections for 2015 with calls expected to reach 100 (excluding Copenhagen) this year, up from 74 in 2014 and the passenger count set to double to 82,823. Newest port on the Danish map is Hundested set to welcome a call apiece from Fred Olsen and Saga Cruises in 2016.

Arnt Moller from Copenhagen Malmo Port said the leading Danish port is expecting 283 ships this year including 11 maiden calls. Malmo will welcome 18 calls, a record. He spoke of CMP’s involvement in managing the new cruise berths in Visby, Sweden which are set to be ready to handle ships in 2018.

Elsewhere in Sweden, Henrik Ahlqvist, manager of cruise and ferry and deputy harbour master of Port of Stockholm spoke of two new facilities planned for the start of the 2016 season: a new berth for vessels up to 270mtr in length will be ready by end April next year while there are plans to invest $17m on a floating pier at Nynashamn, currently a tender port.

The Port hopes to award a contractor for the facility in August, said Ahlqvist. Stockholm is expecting more than 260 calls in 2015, including over 50 turnarounds.

‘Our focus this year at CSM is on growing year round cruising,’ commented Sandra Diana Bratland md of Cruise Norway. She said the priority was on making cruising ‘financially, socially and environmentally sustainable.'

The association’s chairman Ingvar M.  Mathisen , port director of Port of Bodø said members ‘are working hard at delivering a quality experience for cruise visitors to Norway.’ Quality guidelines for all member ports are currently being developed by Cruise Norway to ensure this, he added.

Calls to Norway generally are slightly down this year after several years of phenomenal growth Mathisen remarked, but there is a rise in traffic in those ports outside of ECA, he noted.

Lively as ever, the Mayor of Bergen Trude Drevland welcomed guests to the BBQ and sadly lamented this may be her last CSM as she is up for re-election this summer.

She sang the praises of cruising and called it the ‘most efficient way of overcoming nationality and cultural phobias’.

The lady mayor declared to the revellers she is proud to be the godmother of Viking Star, being named in the vessel’s homeport of Bergen on May 17, Norway’s National Day.