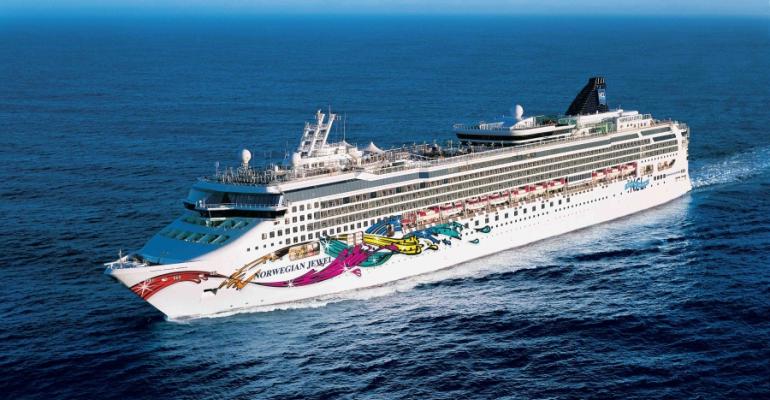 Banana Coast, the newest cruise port in the western Caribbean, is preparing to host its first mega cruise ship call at the deep-water Bay of Trujillo, Honduras. Norwegian Jewel is scheduled to arrive Oct. 15, launching the port's inaugural cruise season with the first of 29 calls.

The port is planning a ribbon-cutting ceremony to include government and community leaders from around the region. Invitees include Honduran President Juan Orlando Hernández, Vice President Ricardo Alvarez; ministers of tourism, environmental and natural resources, economic development, national security and national ports; and local mayors and government officials.

'Obviously, the community is very excited, and we're prepared to show visitors why Trujillo is a special place,' said Randy Jorgensen, general manager of Grande Trujillo Autoridad, which developed the port. 'We have been preparing for this day for years, and we look forward to showing the guests and crew of Norwegian Jewel that Banana Coast is like no place else in the Caribbean.'

As passengers disembark tenders they will be greeted by local Garifuna musicians, dancers and performers in colorful attire. Establishments at the visitor center include a Jade Museum and jewelry shop, CocoLoco's organic frozen coconuts, a duty-free liquor and gift shop, and a variety of kiosks offering refreshments and souvenirs. The community has erected bilingual signs, and personal Spanish-English translators will be on hand at the port.

Six cruise lines have scheduled a total of 29 calls on eight ships at Banana Coast during the 2014/15 winter Caribbean cruise season. Holland America Line was the first major cruise company to commit to a series of calls from November through March. In addition to Norwegian and HAL, Silversea Cruises plans calls in December and March, and P&O Cruises and Oceania Cruises are booked in the first quarter of 2015.