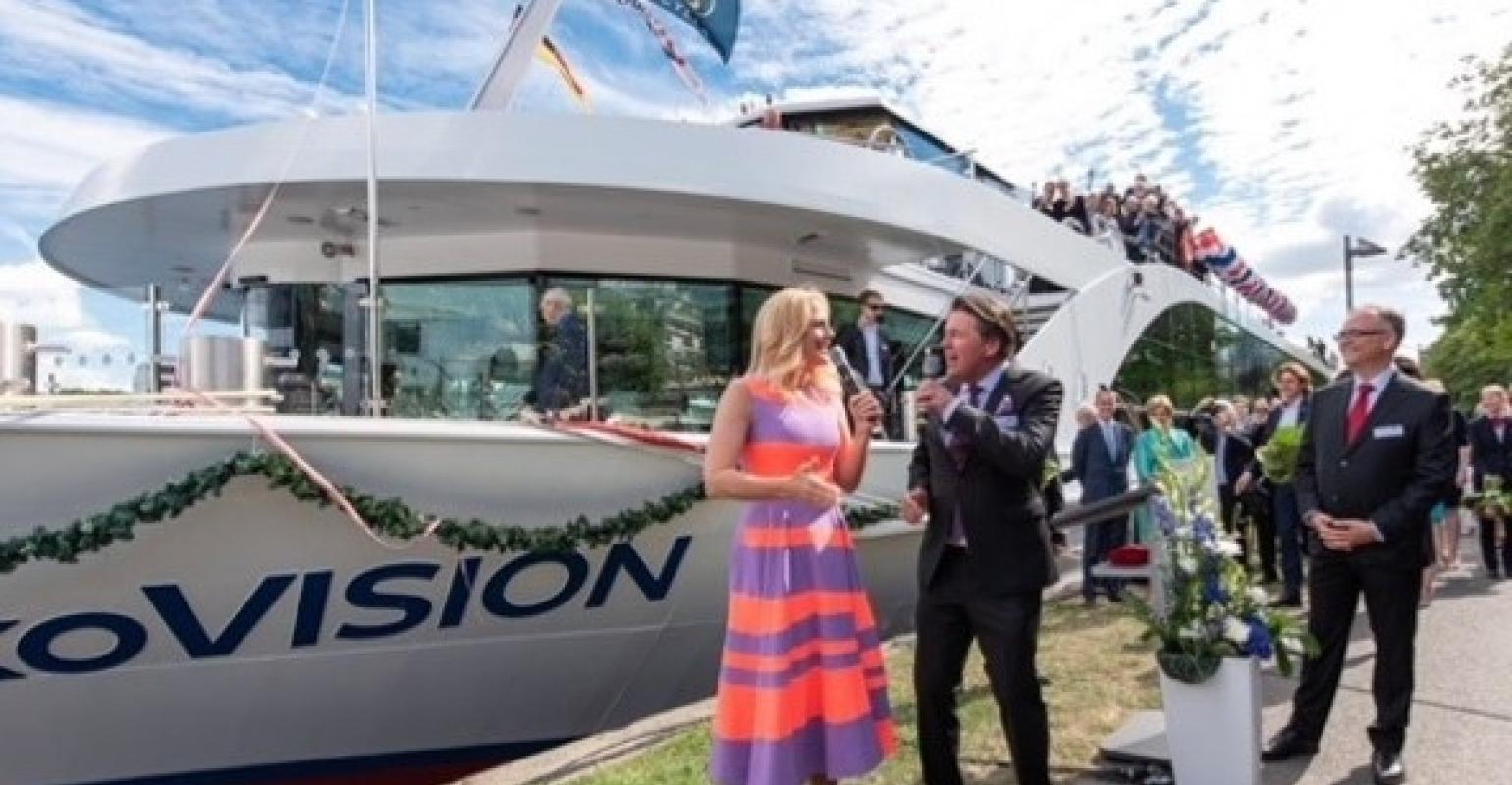 The Valhali-built vessel, which is operated by Scylla AG, then embarked on her maiden voyage to Passau to start River Danube cruising.

Nicko Cruises has described the inauguration of nickoVISION as an important milestone since it is aiming to attract a new target audience to river cruising of 50+ year old travellers who so far consider river cruising to be old fashioned.

The ship's design is focussed on modern flair, ease and diversity along with individualisation, says the owner.

nickoVISION has been designed to give passengers maximum freedom of choice and in contrast to most other river cruise vessels it sports three restaurants: a speciality restaurant is located on the lower deck, the Panorama Restaurant – the ship's main restaurant – is located on the main deck in the bow area, and Mario's Grill is found astern yet another deck above.

nickoVISION has an overall length of 135mtr and a width of 11.45mtr.

The hull was constructed in Serbia and outfitting took place in the Netherlands.

Designed to meet four-star standards, the Swiss-flagged vessel accommodates up to 220 guests plus 54 crew.

nickoVISION has been tailored to Danube operation, and will sail on one- and two week-itineraries from Passau. The one-week cruises lead up to Budapest, while the longer itineraries cover the entire river up to its Delta.