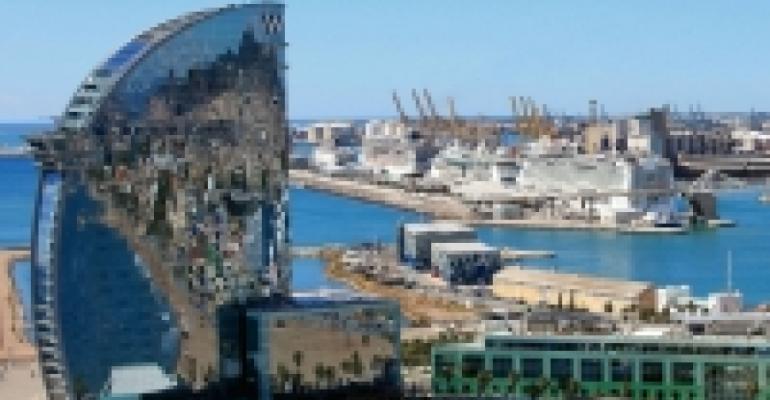 Cruise activity in the Port of Barcelona generates €796m in annual revenue, contributes €413m to the GDP of Catalunya and supports 6,759 jobs. These are among the key findings of an in-depth study carried out by Jordi Suriñach, professor of applied economy at the University of Barcelona.

The average cruise vessel port call in Barcelona generates €1m in overall revenues and contributes half a million euros to the Catalán GDP across various sectors of the economy. Each call also produces €200,000 in tax revenue, including VAT, income tax and business taxes.

In addition to the obvious impact on income for businesses directly related to the port, the study pointed out that 78% of turnaround passengers arrive and/or depart Barcelona by air, significantly supporting North Atlantic operations by American, Delta and United Airlines and Air Canada, as well as long-haul flights by Emirates, Qatar Airways and Singapore carrying traffic from Asia and Australasia.

Last year 2,364,292 cruise passengers moved through the Port of Barcelona. Of these, 1,360,271 were in transit. Among the others, embarking and/or disembarking turnaround traffic, 565,400 visited the city for an average stay of 2.6 nights, spending a daily average of €202, while 438,621 passengers arrived and departed without an overnight stay.

Barcelona's growing importance as a turnaround port makes it possible to spread the impact of visiting passengers more broadly across days and times of day, according to Suriñach. Itinerary planning by the cruise lines two years in advance of operations also assists in smoothing that impact.

On the environmental front, the study determined cruise vessels produce only 1.2% of the nitrogen oxide in Barcelona's air, and less than 0.2% of suspended solids.

During the period 2000 through 2014, direct investment into cruise facilities at the port totaled €109m, of which 86% came from the private sector. For the future, Carnival Corp. & plc has committed to an additional investment of €30m in Cruise Terminal E.