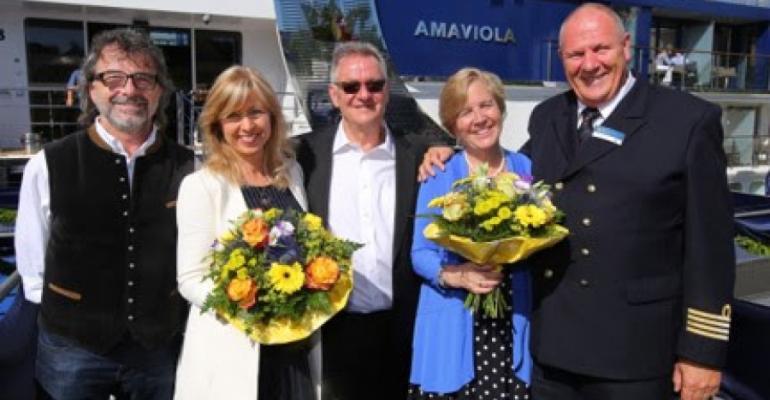 Nexion president Friedman served as the godmother of AmaViola in a ceremony that featured a song written by a Vilshofen musician in honor of the ship. The event also included remarks by Mayor Florian Gams, prayer by the abbot, signing the city's guestbook, live music and Bavarian food. Representatives of a Nexion agency were aboard AmaViola with their clients.

In similar festivities the day before, AmaViola’s sister ship, AmaStella, was named by godmother Carole Smethurst, who owns a top Virtuoso agency in Perth, Australia.

Both events culminated with evening fireworks.

AmaViola began sailing in April and will operate seven-night Danube cruises in 2016 and 2017. Selected departures in partnership with Adventures by Disney will feature a family theme, including special experiences in eight destinations across Germany, Austria, Slovakia and Hungary. Pre- and post-cruise land extensions are also available.

On-board activities include family karaoke, movie nights for Junior Adventurers, a magic show, cooking classes, games, piano music and other entertainment for travelers of all ages.

A ship’s christening is a long-standing tradition within the cruise industry originating more than 4,000 years ago. The memorable ceremony features the blessing of the ship by an appointed godmother and concludes with the breaking of a champagne bottle against the ship’s hull.