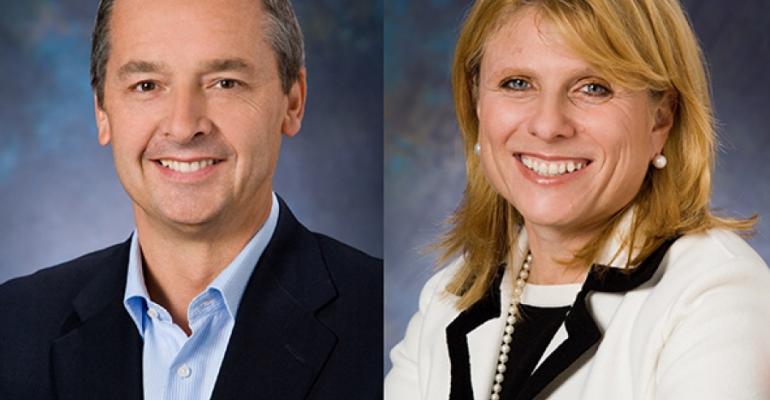 Both appointments are effective immediately.

In selecting Bayley and Lutoff-Perlo for the roles, Royal Caribbean concluded a process that also involved an external search. The promotions came as no surprise to industry insiders who said both executives were exceptionally qualified.

By choosing the leaders from within, Royal Caribbean bucked a recent industry trend of bringing in outsiders to helm such brands as Norwegian Cruise Line and Holland America Line.

'This is a happy day for Michael and Lisa, and a proud day for all of us at the company,' said Royal Caribbean chairman and ceo Richard Fain. 'To recognize these two incredibly talented people with these vital leadership positions after years of dedication, effort and innovative thinking is gratifying for everyone here.'

Fain added he is impressed with the skills they have demonstrated over the course of their careers, and excited to see where they take these powerful brands next.

Bayley assumes Royal's helm after a successful term as Celebrity's president and ceo where he delivered strong results while building the company's 'modern luxury' positioning. Before his Celebrity role, Bayley served in several senior positions at Royal Caribbean International, including evp operations. He is credited for playing a key role in the company's international expansion, helping launch operations in markets around the world.

Lutoff-Perlo moves to her new role from her position as evp operations at Royal Caribbean, where she played a critical part in the recent successful launch of Quantum of the Seas. After a successful early sales career, Lutoff-Perlo made her mark as a specialist in bringing new ships to market for both Royal Caribbean International and Celebrity. In addition to the Quantum class, she played a key role in the launch of the Voyager and Radiance classes, as well as the Solstice class.

Bayley called Royal Caribbean 'a brand with an incredible history, and unlimited potential' and cited the ships as 'some of the best and most innovative in the world,' while the crews 'have a track record of delighting guests from every culture around the world.'

Lutoff-Perlo said Celebrity has done a remarkable job differentiating itself in a crowded and competitive premium marketplace and with its newly announced Edge-class ships, the brand has the opportunity to 'push its leadership position even farther.'