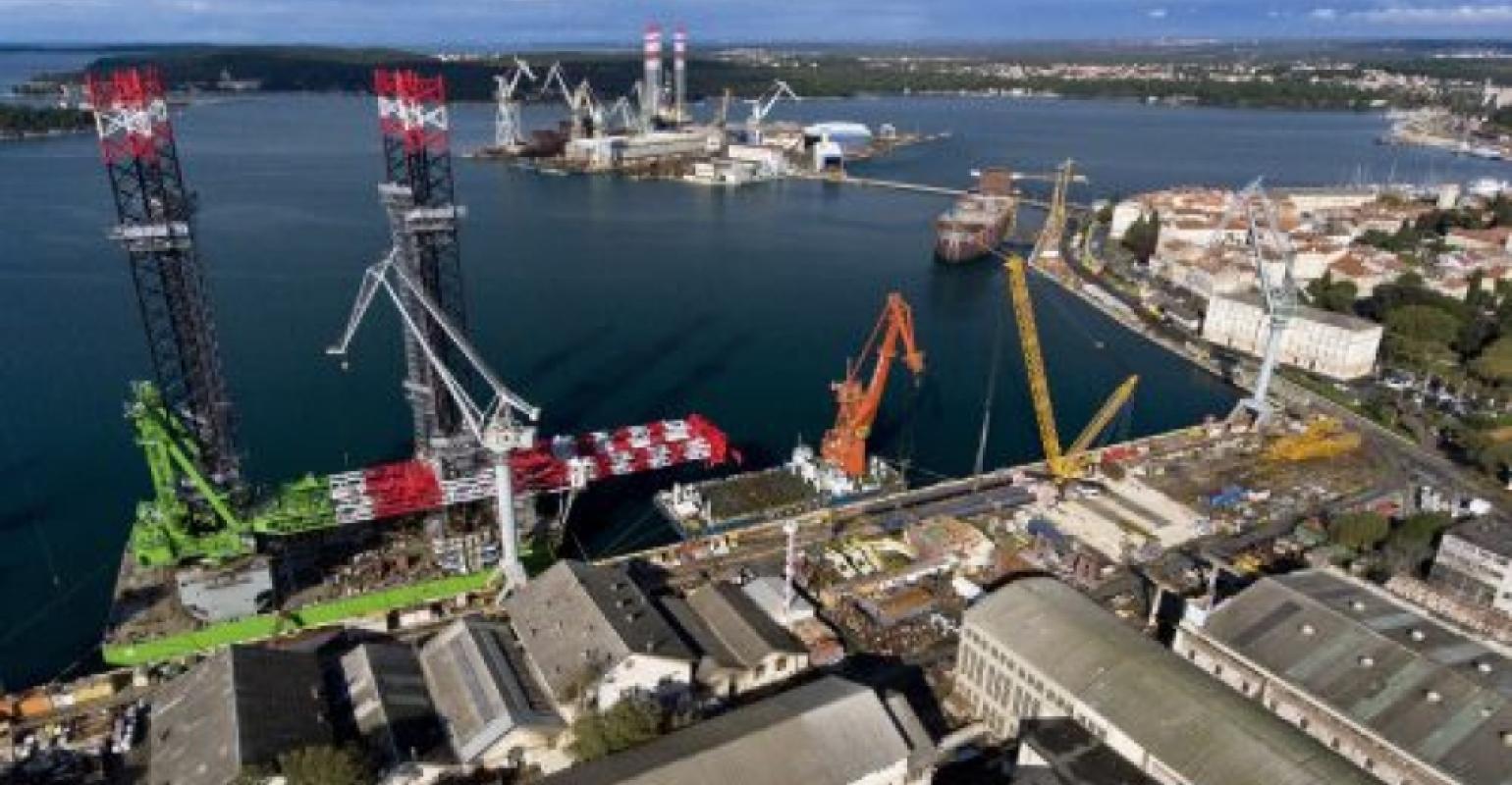 Uljanik building two cruise ships for Scenic
Croatia’s Brodosplit shipyard and member of DIV Group, in partnership with Fincantieri Group, have submitted a bid to restructure the troubled Uljanik Group including the Uljanik and 3 MAJ shipyards.

Croatia’s Minister of Economy Darko Horvat confirmed receipt of offers for the Uljanik Group, but did not specify their number or the names of potential strategic partners.

The final decision will be made by Uljanik Management Board.

There are mounting problems for the Uljanik shipyard with Croatia's Financial Agency (FINA) reportedly seeking the courts to open bankruptcy proceedings over unpaid debt of 75.8m kuna ($11.6m) whilst two Belgian owners - CLdN Cobelfret and Jan de Nul - have cancelled orders with the yard in recent days.

President of the Brodosplit Management Board Tomislav Debeljak told media gathered at the Split yard on Monday for the steel-cutting of Quark Expeditions’ first newbuild that he could not disclose any of the Brodosplit offer details, as Fincantieri confirmed to Seatrade.

Croatia media reports the DIV Group has equity of 1.7bn kuna and a debt of 296m kuna($45m) putting the company, ‘in a truly good financial position’ according to Debeljak.

Uljanik Shipyard in Pula, founded in 1856, claims to be one of the oldest shipbuilders in the world. It has experience of building vessels of all types and sizes including multipurpose vessels, bulk carriers, product carriers, tankers, passenger rail ferry vessels, container vessels, car carriers and chemical tankers.

In 2013 the group added the 3.MAJ Shipyard from Rijeka to its stable.

Today Uljanik concentrates on the construction of highly sophisticated vessels such as dredgers, jack up platforms, livestock carriers and roro ships.

Brodosplit also features in the cruise orderbook building Flying Clipper for Star Clippers and Hondius for Oceanwide Expeditions, both due for delivery this year.