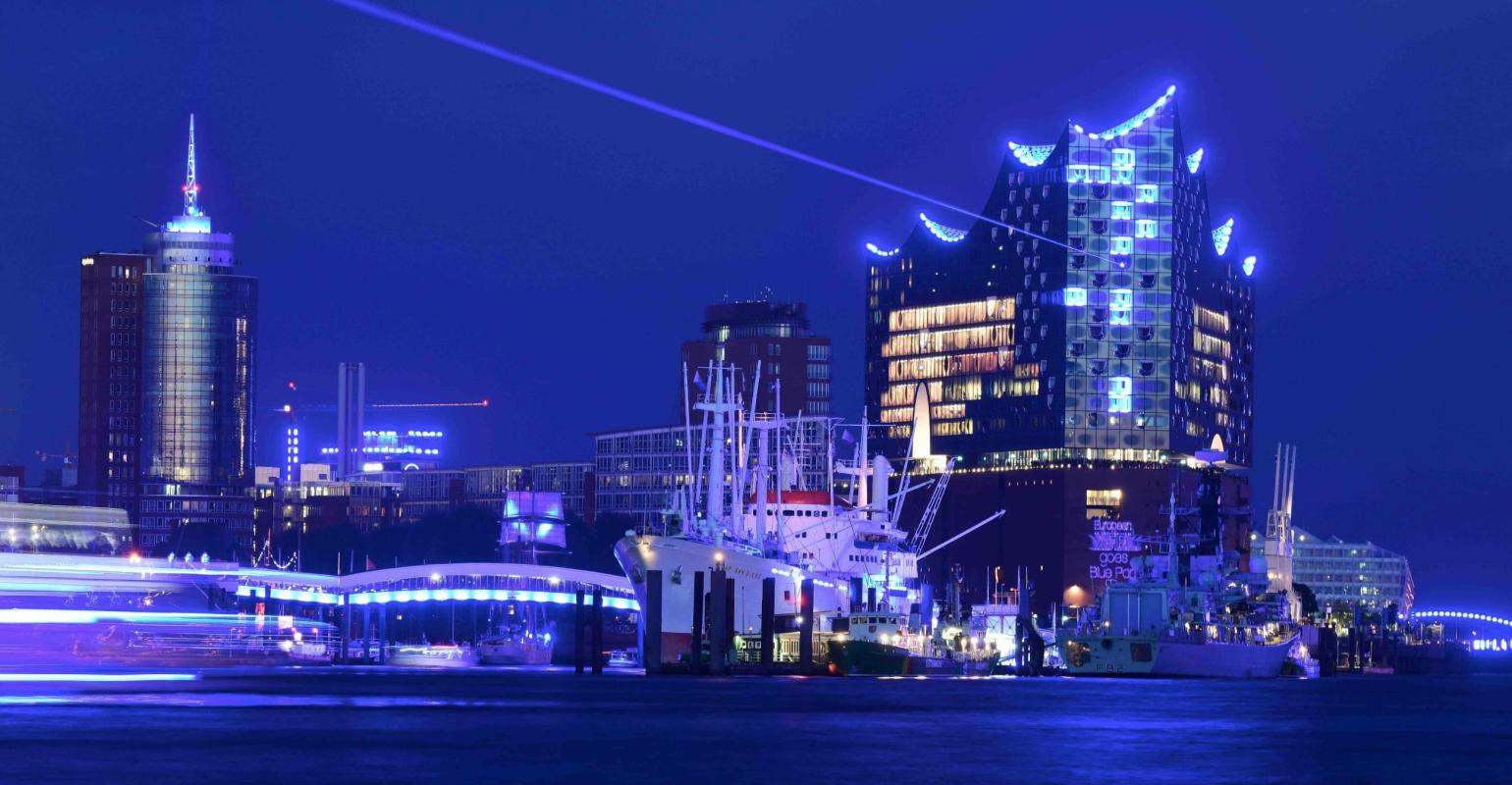 Port of Hamburg turns blue for 10 days, offering a stage for the cruise industry. At right is concert house Elbphilharmonie, the highest point for the lights

The 'Blue Port' illumination is transforming Hamburg's waterfront into a big stage for the cruise industry this week on the occasion of two major events, Seatrade Europe and Hamburg Cruise Days.

The new concert hall Elbphilharmonie Hamburg and a number of other buildings will be bathed in blue until Sept. 10. This kicks off northern Europe´s biggest cruise industry meeting, Seatrade Europe, Sept. 6-8, and Hamburg Cruise Days, Sept. 8-10, the world's largest consumer cruise event, drawing half a million visitors and 11 cruise ships.

The installation by light artist Michael Batz has been attracting international attention since 2008. Blue light once again transforms the Hanseatic city’s port into a magically glowing stage after dark.

The preparations took an entire year for an installation that spans 8.5 kilometers along both sides of the Elbe. Fifty kilometers of cable were laid down, 15,000 cable ties and 900 sockets were used and more than 20,000 blue lights were attached to distinct buildings, industrial plants and ships within the port. The highest point where lights appear is the 110-meter roof of Elbphilharmonie, the new city landmark.

Also involved are the Speicherstadt and Kontorhausviertel districts, which received UNESCO World Heritage status in 2015.

The 'Blue Port' has its origins in 2006, when the FIFA World Cup took place in Germany and Batz created 'Blue Goals,' illuminated goal posts that public buildings, companies and individuals used to decorate their roofs. Hamburg turned blue again in 2008, with the first 'Blue Port' installation. This is the sixth year of the blue waterfront.