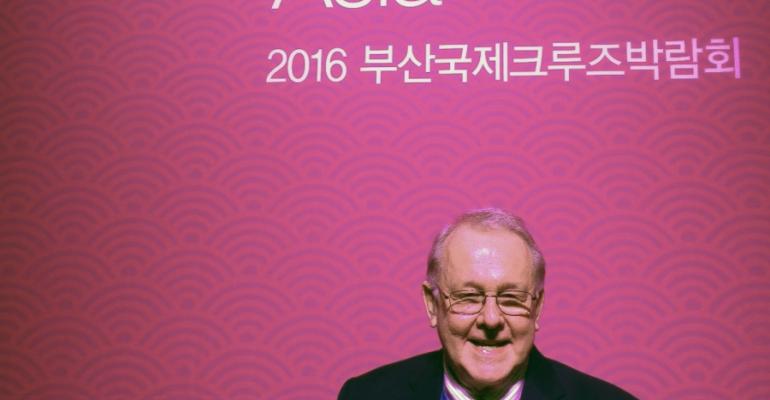 Robert (Bob) Guy, managing director – Singapore & Malaysia for Destination Asia, received the Rama Rebbapragada Award for Outstanding Contribution to the Cruise Industry in Asia during Seatrade Cruise Asia in recognition of his long, outstanding engagement within the local cruise industry.

Guy, a 40 year veteran in the Asia inbound travel business, has been a pioneer in many facets of the travel industry in the Far East.

Royal Caribbean's Dr Zinan Liu, president, North APAC & China, Royal Caribbean International spoke about Guy with high praise:  ‘He has been involved with cruising since its absolute beginning in Asia. His experience with the industry and his encyclopedic knowledge of the geography of Asia made him a natural point of contact for the cruise line leaders who first came to Asia at that time, such as Adam Goldstein, Arne Bakkelund, Peter Cox, Stein Kruse and Bruce Krumrine, and of course the man whom this award is named after, Rama Rebbapragada.'

In accepting the award from Seatrade general manager Andrew Williams, Guy said ‘It is a great honour to receive this award, given in the name of Rama Rebbapragada a cruise industry leader that I knew well and worked with closely.  We worked together to grow cruise tourism in the Asia Pacific region.  I remember Rama fondly and will strive to continue this work in his name.’

Rebbapragada, a long-time Royal Caribbean executive with a legion of friends and associates throughout the business, was instrumental in creating awareness about the potential of the Asia-Pacific cruise market. He also served as founding chairman of the Asia Cruise Association, the precursor of CLIA Southeast Asia and CLIA North Asia.