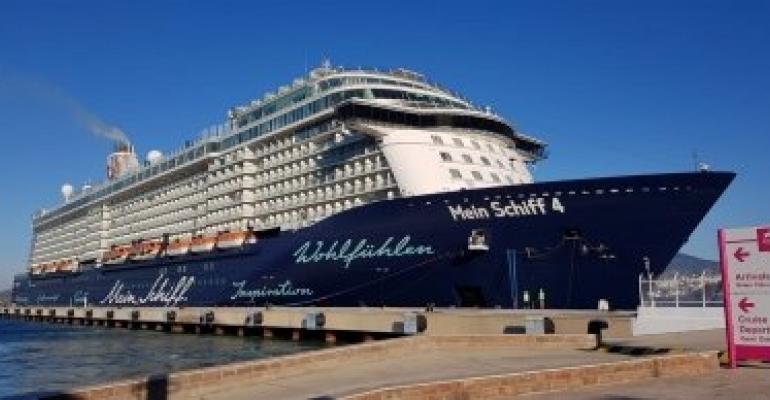 This is the second year that a TUI Cruises' ship has kicked off the Turkish port's season.

Guests enjoyed a mix of shorex including a visit to the historic theater - Myndos Gate and Bodrum Castle, along with sailing a goulet. Specialty excursions included a cooking class at a local vineyard and jeep safari along with a bike ride through the streets of Bodrum.

Bodrum Cruise Port has been under the Global Ports Holding umbrella since 2008. The port offers terminal, marine and auxiliary services to cruise ships, ferries and yachts for transit and turnaround operations. The terminal building has facilities including duty free shopping areas, travel agencies and a restaurant.

Last year data from Turkstat revealed that Bodrum Cruise Port along with two other Turkish cruise ports operated by Global Ports Holding (GPH) - Ege Port-Kusadasi and Antalya Cruise Port  - recorded increased levels of activity in the five weeks from end March to end April, compared to the previous year showing an increase of 26.4% compared to the same period in 2017.