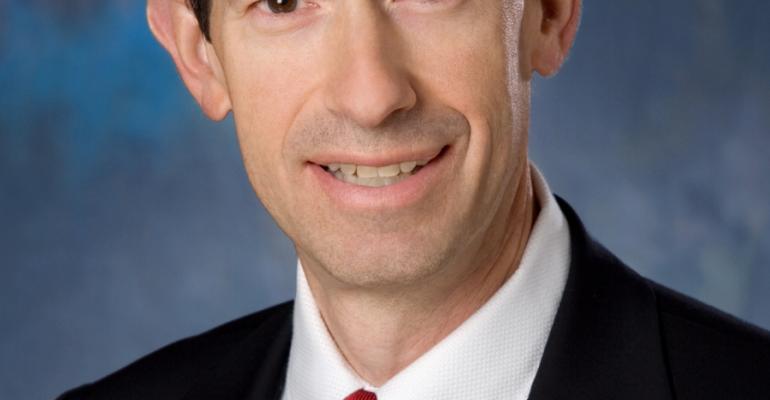 Goldstein - Quantum to China 'a bold next step'

Royal Caribbean is sending its most innovative ship to China based on the strength of that market, not weakness in the Caribbean, and Quantum of the Seas will establish the company as the leader in Asia, Adam Goldstein said Thursday.

The Royal Caribbean president and COO described a step by step ramping up in China since 2008, first with one of the company's smallest ships, Legend of the Seas, then Voyager of the Seas and, starting last summer, both Voyager and Mariner of the Seas.

The company is pleased with Voyager of the Seas from Shanghai and Mariner of the Seas from Tianjin, which are booked 'far ahead' of last year at higher rates, Goldstein said. With both ships doing so well, that led to 'a bold next step for 2015.'

Sending Quantum to China is not a comment on any other market; the ship is performing very well from a pricing standpoint this winter in the US Northeast for cruises to the Caribbean and Bahamas 'and we also expect it to do very well in China,' Goldstein added.

Despite the long-running territorial dispute between China and Japan that has kept Japan off many cruise itineraries for ships sailing from China, travel agents now have more confidence about selling cruises that include Japanese ports, Goldstein said.

Going forward, the key sourcing areas for Royal Caribbean in China are the provinces in and around Shanghai, where Quantum will be based, and the Tianjin/Beijing area. The newest sourcing focus will be southern China's Pearl River Delta/Hong Kong, the heart of the country's wealth creation.