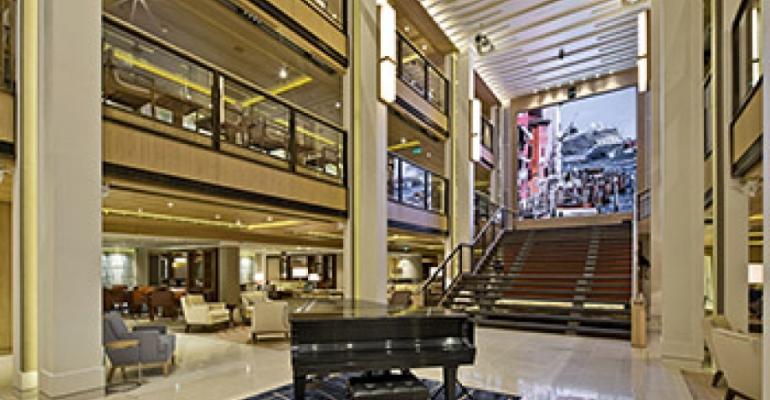 Boston tallied 114 calls by 29 ships and 328,305 passengers. Among the maiden calls, Royal Caribbean International's Liberty of the Seas carried 3,634 cruisers, the most of any vessel ever.

In July, Cruiseport Boston helped Cunard Line celebrate its 175th anniversary when Queen Mary 2 visited. Boston and Cunard have a special history dating to 1840, when the city was the first US port visited by Britannia on its inaugural trans-Atlantic voyage from Liverpool.

'Canada/New England is now a successful market for six months of the year—May to October—and continues to grow, with several ports on the itinerary receiving guest satisfaction ratings among the highest in the world,' said Massport's Lisa Wieland, acting port director.

Massport continues to upgrade its Black Falcon Cruise Terminal. Following the $11m makeover of the main terminal in 2011, in February this year renovations to the adjacent terminal were completed. The $3.2m project included improved ventilation, heating, lighting, additional outlets for power and data to facilitate ticketing and baggage functions, new restrooms and new storefront installations to bring more daylight into the space.

The 2016 season is to open in April with Veendam sailing a Canada/New England itinerary. Approximately 330,000 passengers are expected on 119 calls aboard 32 ships through mid-November.

Also, three ships will overnight: Fred. Olsen’s Balmoral on May 6, Azamara Quest on Oct. 5 and Viking Star on Oct. 11.