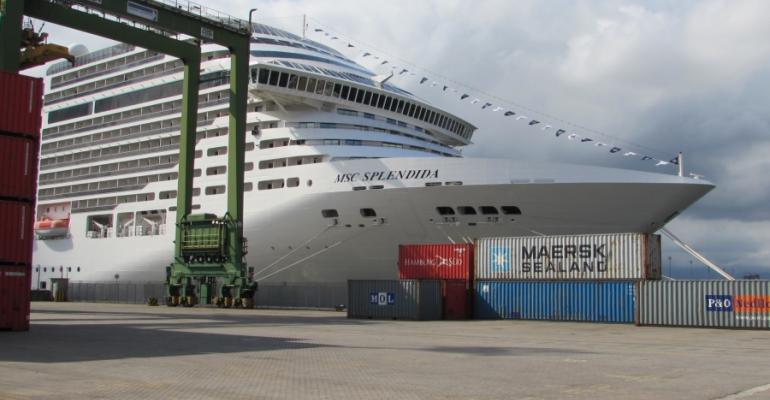 Brazilian cruise shipping has taken another few steps in its downwards spiral as political and economic uncertainty afflicts the country.

CLIA Abremar has released its provisional statistics for the 2015/16 cruise season, which ended last week, and with only around 470,000 passengers taking a cruise along the Brazilian coast they depict another year of decline.

If confirmed that figure will be around 16% lower than the 549,619 passengers that embarked on cruises in Brazil during 2014/15 and that was a firm drop from the 596,532 passengers cruising Brazilian waters the season before.

The Brazilian cruise shipping industry is in free fall with numbers sliding by more than 15% every year since 2011/12 season when they peaked at 805,189, according to CLIA Abremar figures. That season, including round the world cruise passenger figures (mostly calling at Rio de Janeiro), the numbers went close to 1m passengers.

Marco Ferraz, president of CLIA Abremar, said that during the 2015/16 season, which began on November 8 of last year, ten ships cruised along the Brazilian, Uruguayan and Argentine coastlines, with five of those from MSC Cruises, two from Costa Cruises, two from Pullmantur and one from Royal Caribbean Cruise Line.

The last seasonal call at the Concais cruise terminal in Santos was Rhapsody of the Seas on April 10, which sailed along the Brazilian coastline before crossing the Atlantic to Spain and the Mediterranean for the summer season.

Ferraz told Seatrade Cruise News: 'We have been hit hard by the weakening of the Real (from around 1.6 and 1.9 to the US dollar between 2009 and 2011 - the peak season for the industry -  and down to between 3.8 and 4 to the greenback from September last year to now)  and then you can add onto that the political uncertainty and economic downtown since early last year and you can see why the industry is still struggling.'

With the Brazilian president Dilma Rousseff about to face impeachment – owing to irregularities in government accounts in the run up to the 2014 Presidential election – and dozens of high-ranking politicians and some ceo's of top companies embroiled in bribery scandals the economy doesn't look like it will be improving in the near future.

'The Minister of Tourism recently quit and other ministers from PMDB [the party that was part of the government coalition supporting president Rousseff] also left the government and so because of this turmoil, plus rising unemployment, it is difficult for cruise lines to operate in Brazil right now,' added Ferraz.