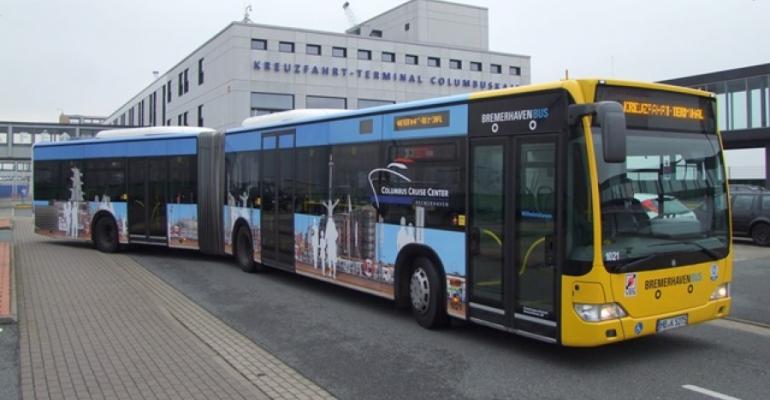 Columbus Cruise Center Bremerhaven, Germany's number two North Sea cruise port operator, hopes to increase its passenger volume from about 70,000 in 2014 up to 100,000 within the next two years.

Next year, Bremerhaven is expecting 63 calls with some 75,000 passengers. Hürdler denied rumours that 15 calls of the Astor scheduled for 2015 might be cancelled. According to current information he received from the Greek operator Global Maritime Group, all calls are going to take place as planned, Hürdler said.

Bremerhaven is closing the 2014 season with 63 calls.

In year-on-year comparison, the number of passengers went up by nearly 10%. As new customers, CCCB received Prestige Cruises with Nautica and Pullmantur’s Empress.

TUI Cruises tested Bremerhaven in context with an overhaul of its Mein Schiff 1 at neighbouring Lloyd Werft. ‘With this year's handlings, our team has been able to convince TUI Cruises of its capability and the advantages of Bremerhaven,’ Hürdler remarked. As a result, TUI decided to integrate Bremerhaven into its 2016-calls with an increased number of calls. This will significantly boost passenger volumes.

For next year, CCCB is expecting a stable number of calls and a modest increase of passenger volumes by approximately 5,000 up to a total of 75,000.

Loyal customers operating mainly ships of the medium size range will return to Bremerhaven, including Phoenix Reisen with its Artania, Amadea and Albatros as well as FTI Cruises with Berlin.

On September 10, CCCB is going to handle four ships at the same time. Double calls are scheduled for three consecutive days during next year's Sail Bremerhaven event (which takes place from August 12-16).

Next up, CCCB aims to increase transit calls. For that purpose the cruise port operator is closely cooperating with Erlebnis Bremerhaven, the local tourism entity. A two-part film trailer has been produced jointly, presenting Bremerhaven as a transit port and containing comments from transit passengers who visited the port this year.

As a means of local promotion, an 18.25mtr long articulated bus operating on scheduled lines in Bremerhaven has been newly decorated sporting advertising cruise calls in the city.

The bus is operated by Bremerhaven Bus, a longstanding partner of CCCB involved with passenger and crew transfers to Bremerhaven's cruise terminal. This year, Bremerhaven Bus carried about 14,000 passengers and 10,000 crew. CCCB and its bus operating partner used Friday's review to officially present and inaugurate the newly decorated ‘cruise bus’.