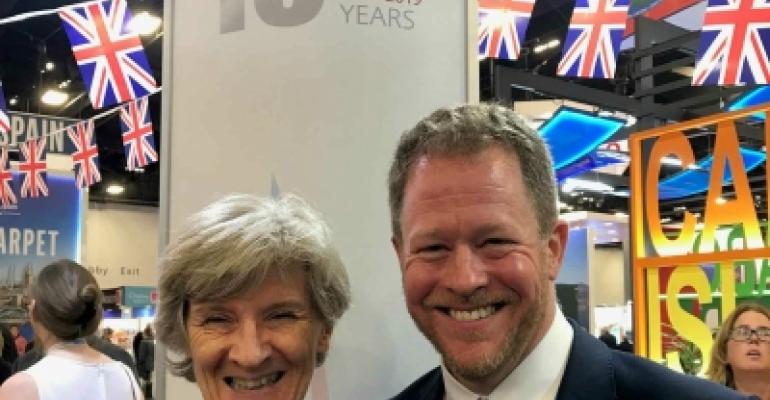 The number of cruise passengers visiting Britain continued to rise for an 11th consecutive year, according to figures recently released by Cruise Britain. Over the course of this period, passenger day calls have risen by a factor of 4.5 to reach 1.642m, including an increase of 16% over 2017.

Cruise passengers arrived through 68 cruise ports, from Kirkwall in the north to Jersey in the English Channel, and stepped ashore for day visits from 139 ships, with many ships making multiple return calls. The number of cruise lines received reached 56 with ships visiting UK ports including Portland and Poole, Fishguard and Fowey, Tower Bridge (London) and Tyne.

The short sailing distances between Britain's shores and adjoining countries allow for a rich cultural and historical mixed itinerary for visitors.

‘Reaching the 1.642m mark shows the increasing popularity of Britain as a cruise destination. Significant growth can be seen for ports right across the UK, from Dover to Orkney and Holyhead to London. It’s four years since we broke the million mark and to sail past the 1.5 million milestone so quickly is a remarkable growth trajectory and one we are doing everything to support, especially in this, our 10th year,' said James Stangroom, chair of Cruise Britain.

‘2018 saw 1.2 million passengers begin their cruise at a British port, which is a rise of 9% over 2017. A significant number of the UK’s ports handle both day calls and embarkations, which increases the opportunity to grow the nation’s cruise business,’ Stangroom added. ‘As the global cruise market continues its growth trend, we are confident that Britain's appeal as a cruise destination will continue.’