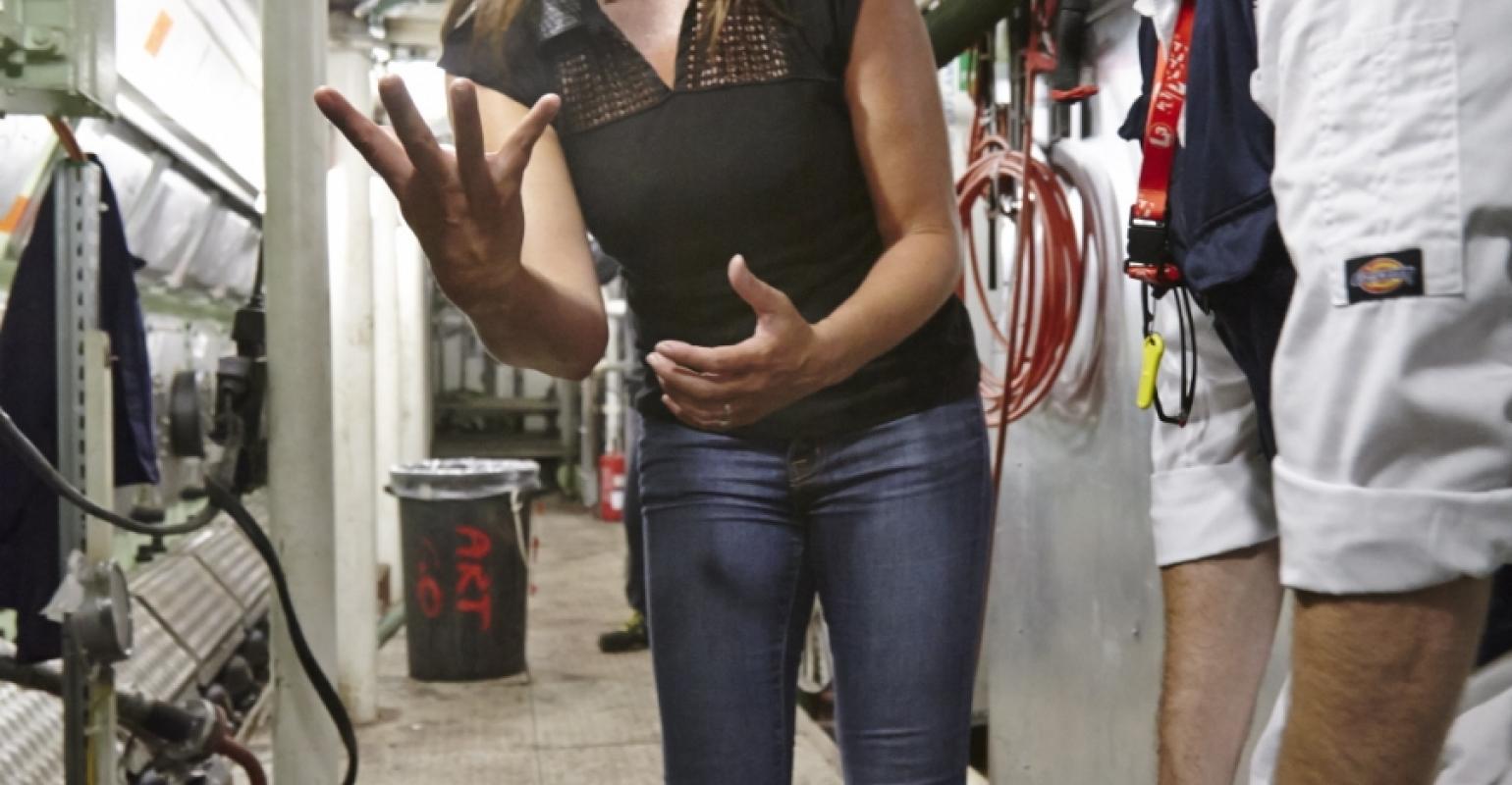 Britannia revs up her engines

The engines onboard P&O Cruises’ Britannia, under construction at Fincantieri’s Monfalcone shipyard near Trieste in Italy, were started up for the first time by Formula One racing TV presenter Suzi Perry. Also on hand were captain of the Britannia, Paul Brown and chief engineer, Sinclair Ross.

When working to full capacity, Britannia’s four engines will generate 62.4 Megawatts or 84,000 horsepower which is equivalent to the power generated by 168 supercars, allowing the 141,000gt ship to cruise at 22 knots.

Britannia’s maiden voyage from Southampton to the Mediterranean is on March 14, 2015.