Britannias rule the waves on the River Forth 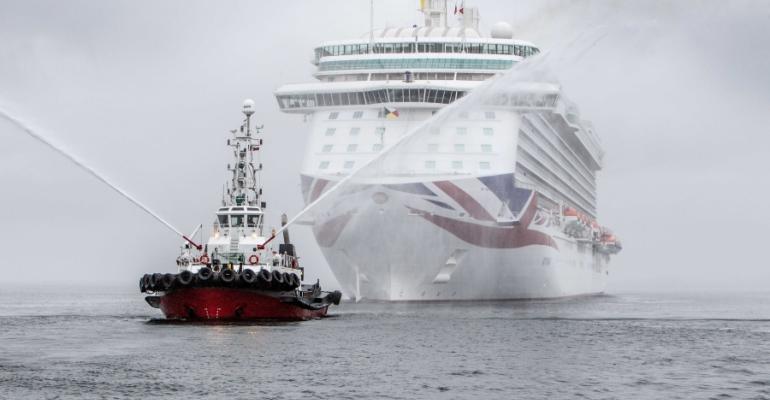 The 141,000gt ship, launched earlier this year, was welcomed into the river by tugs displaying their water cannons as she made her way to Forth Ports’ new anchorage point off Newhaven, near Leith, Edinburgh.

Commenting on Britannia’s inaugural visit, Charles Hammond, chief executive of Forth Ports, said: ‘We have opened this anchorage this season as a permanent option for larger cruise ships to call into the Forth and we look forward to welcoming more vessels this year.’

The anchorage point will see a further three calls during the 2015 season.

Edinburgh’s deputy Lord Provost, Steve Cardownie, said: ‘The two Britannias - one with 5,000 passengers and crew on board and the other with 300,000 visitors a year in Edinburgh and indeed the UK’s number one attraction [according to TripAdvisor 2014-15]- is great news for the capital’s ports.’