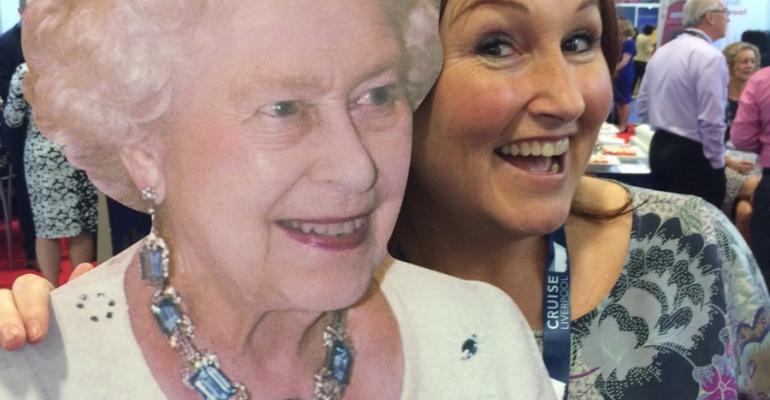 Figures released by CruiseBritain show that more passengers than ever before visited Great Britain through the country’s 57 cruise ports in 2015.

CruiseBritain, member ports and service providers were in party mode at this week’s Seatrade Cruise Global. The annual ‘British Street Party’ held Tuesday and supported by the British Consulate in Miami, UK Trade and Investment and VisitBritain was a lively affair with several cruise line executives joining in the fun, sampling British beer, Pimms, Toad-in-the-holes and scones and jam and even meeting (a life-size cardboard cutout) Her Majesty the Queen!

55 different cruise lines visited UK ports in 2015 from Kirkwall, Orkney in the far north to the Channel Islands and the Isles of Scilly off the south coast.

Round Britain cruises remain increasingly popular as an ideal way of exploring Britain's diversity of coasts, castles, cities and countryside. The short sailing distances between Britain's shores and adjoining countries add to the itinerary possibilities.

'The magic million is a fantastic figure to reach and is almost triple the day call figures that we first started recording back in 2006. The growth in day call passengers is the continuation of a steady trend and one that we and our members work tirelessly to encourage',  commented Angie Redhead, chair of CruiseBritain.

'As the global cruise market continues to grow, we are confident that Britain's appeal as a cruise destination will mirror that growth. It is also very encouraging to see that embarkations from British ports have risen above the one million mark again with a 13% rise from 2014.'