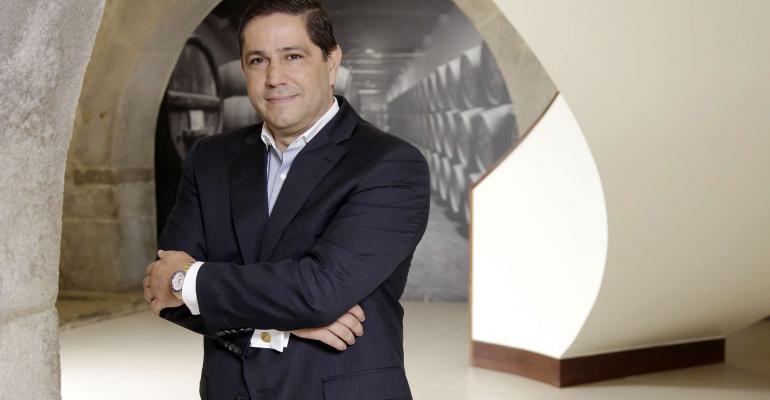 Ferreira said newbuild World Explorer is the first of what could stretch to 10 expedition ships for Mystic Cruises, a division of his Portuguese company.

'Our aim is one per year for the next four years,' Ferreira told Seatrade Cruise News in a wide-ranging interview. 'We could go to 10. They are only 200-passenger ships, the perfect size for our management company.'

Ferreira isn't daunted by the fact that Hapag-Lloyd, Ponant and many others are building, too, since he doesn't think all the tonnage on order is enough to replace the older ships going out.

'There is huge demand,' Ferreira said, citing natural market growth and the fact that of the current fleet of 40 or so approximately 10,000gt expedition ships, the average age is 25 years. It will be too costly to update those for new safety and environmental standards.

The 9,300gt World Explorer, under construction at Portugal's WestSea Viana Shipyard, is set for a November 2018 crossing from Lisbon to Rio de Janeiro. Quark Expeditions has chartered the ship for the 2018/19 and 2019/20 Antarctica seasons.

The rest of the year World Explorer will sail for another Mystic Invest company, Germany's Nicko Cruises, to places like the Arctic, Norwegian Fjords and Mediterranean.

Ferreira hopes Quark will extend beyond its two-season charter but he's had inquiries from several companies for Antarctica and other destinations.

Ferreira builds them at WestSea in Viana de Castelo—where World Explorer is under construction and he and the Portuguese navy are the top two customers—and at Navalria in Aveiro. Both yards are part of the Martifer Group.

Nicko Cruises, which Mystic Invest acquired in its insolvency in 2015, fields another 20 river vessels around the world, from the Danube, Rhine and Elbe to the Yangtze, Mekong and Nile. Ferreira installed new management in Stuttgart, led by Guido Laukamp, a Viking River veteran, and Nicko is expanding with one newbuild each on the Danube and Rhine.

'I'm very happy. The company's doing very well,' Ferreira said. 'Bookings are going up and up and up.'

When the new World Explorer and any future expedition ships are not on charter they'll sail for Nicko, targeting Germans with departures from ports like Hamburg and Kiel. Per diems are expected in the €450 to €500 range.

Before landing on this concept, Ferreira poured several years into planning a vessel for the upper Amazon that would spend part of the year in Antarctica. Instead, what Mystic Cruises is doing will be 'much more interesting,' he said.

Branching out into the oceans wasn't driven by Quark's need, but his own ambition.

'The Douro cannot grow much more. We are almost at the limit due to the infrastructure of docks and locks,' Ferreira said.

Some 210 kilometers are navigable, all the way to Spain, so round-trips from Porto span 420 kilometers. But there are five locks that handle just one vessel at a time and navigation is permitted in daylight only. With 80 day cruise vessels and 22 hotel ships in service, the Douro is busy.

In expanding to the oceans, Ferreira is coming full circle. He began his career with Cunard, working in a variety of hotel positions and sailing the world on Vistafjord. Returning home to Porto, he bought a day cruise vessel on the Douro, then a historic chateau he turned into a hotel and winery. Next he converted a vessel into a 40-room hotel ship.

His business went international when he converted a vessel for Uniworld founder Serba Illich, a project Ferreira worked on with Uniworld operations chief Rudi Schreiner, who went on to co-found AmaWaterways.