Busan buzzing on the eve of Seatrade Cruise Asia 2016 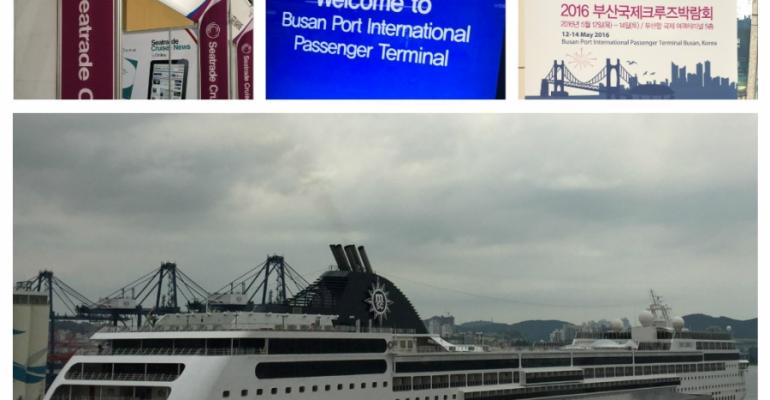 Busan, host venue of Seatrade Cruise Asia 2016, is expecting 230 cruise ships this year which is a record, and represents more than double the number received in 2014, Busan Port Authority disclosed on the eve of the event.

MSC Cruises is a new customer with MSC Lirica paying a maiden visit at Busan International Passenger Terminal today and Royal Caribbean International’s Ovation of the Seas is set to call in Busan for the first time in July. Also new this year are 14 turnarounds (10 partial) by Costa Victoria informs J.W.Choi, BPA cruise marketing manager.

BPA shared that 450,000 cruise passengers are anticipated in 2016, compared to 163,000 tourists visiting on 71 calls last year in a season that was hit by cruise ship cancellations to Korean ports due to the outbreak of the viral respiratory illness MERS. The calls are spread across three different locations in the sprawling city.

The port authority is confident that with the addition of the Busan International Passenger Terminal, which opened in late-August 2015, there is potential to grow its cruise business further with another increase in sight for 2017 when 280 ships bringing 600,000 passengers are expected. New arrivals next year include Costa neoRomantica, Princess Majesty and Norwegian Joy.

Busan International Passenger Terminal is the venue for Seatrade Cruise Asia 2016 taking place later this week between May 12-14 and hosted by BPA, Busan Metropolitan City and Korea Tourism Organization. The event will feature a showcase exhibition, conference, travel agent training, workshops and public day and it is anticipated 1,000 attendees will visit over the three days.

The six storey terminal is located in the re-developed area of Busan North Port and has connections to central Busan including the nearby bullet train station.

Due to air-draft restrictions posed by the Diamond Bridge, cruise ships up to 60mtr high (around 140,000gt) can use this facility berthing at a 360mtr long quay with 12mtr water depth alongside.

For larger ships visiting Busan, Gammam Pier – an existing container berth – located on the ocean side of the bridge, is currently used however BPA has announced plans to extend Yeongdo Cruise Pier by 80mtr to reach 440mtr in length in order to accommodate vessels up to 220,000gt(Oasis-class), Choi told Seatrade Cruise News.

The extended facility will be operational by mid-2018.