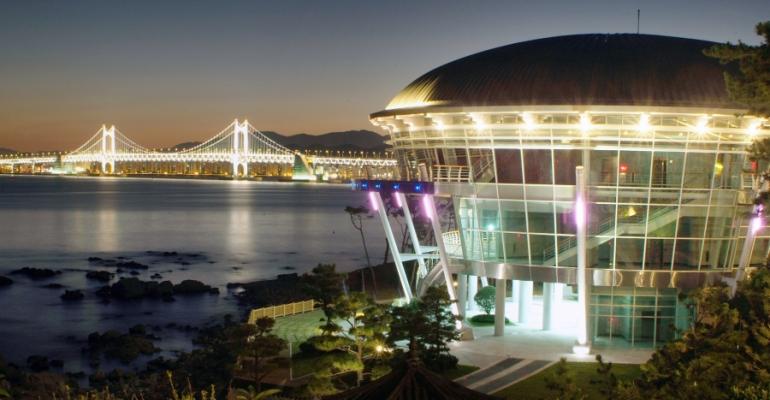 New cruise terminal to open in 2015, a third one planned
In response to Northeast Asia’s rapidly growing attractiveness as a cruise destination, South Korea’s port of Busan is bringing new facilities on-stream this year and has unveiled plans for further developments in the future.

In September, the port will officially open a new cruise terminal to complement the current facility – Yeongdo Cruise Pier, opened in 2007 – to accommodate the trend for larger vessels.

The new terminal is located in the re-developed area of Busan Old Port and has connections to central Busan including the bullet train station. This facility will take cruise ships up to 130,000gt and has 360mtr of quay length with 12mtr water depth alongside. The new terminal facility is a six-story building with total area of 93,932sq mtr.

Busan Port Authority has announced further plans to extend this new facility by adding an additional 75mtr of quay in order to accommodate vessels up to 200,000gt. The extension will be operational by 2018. In the interim, Gammam Pier – an existing container berth – will be made available for the larger cruise ships.

The cruise developments at Busan port are fully supported by the Korean government which has recently re-confirmed its commitment to developing the nation as a cruise hub and marine tourism destination.

Plans include constructing additional cruise terminals nationwide to enhance facilities from the current three terminals to nine by 2020.

In addition, the government will support initiatives to promote the Korean cruise industry, attract more passengers and port calls and offer support to the domestic cruise industry, including state owned cruise lines.

President of Busan Port Authority, Lim Ki-tack, said: ‘Cruise is a complex industry involving ports, tourism, customs, immigration, quarantine, ship supplies, ship agencies and more. We have listened to each sector so that we can enhance and develop Busan into a leading cruise destination. Last year we created the Busan Cruise Community comprising all those with an interest in this sector and we will use this forum to gather opinions and ideas to further develop the local cruise industry.’

The port of Busan has seen cruise passenger throughput increase 28 fold since 2004 and cruise ship calls grow by a factor of six. Busan is expecting to welcome 280,000 passengers on 135 cruise ships in 2015.