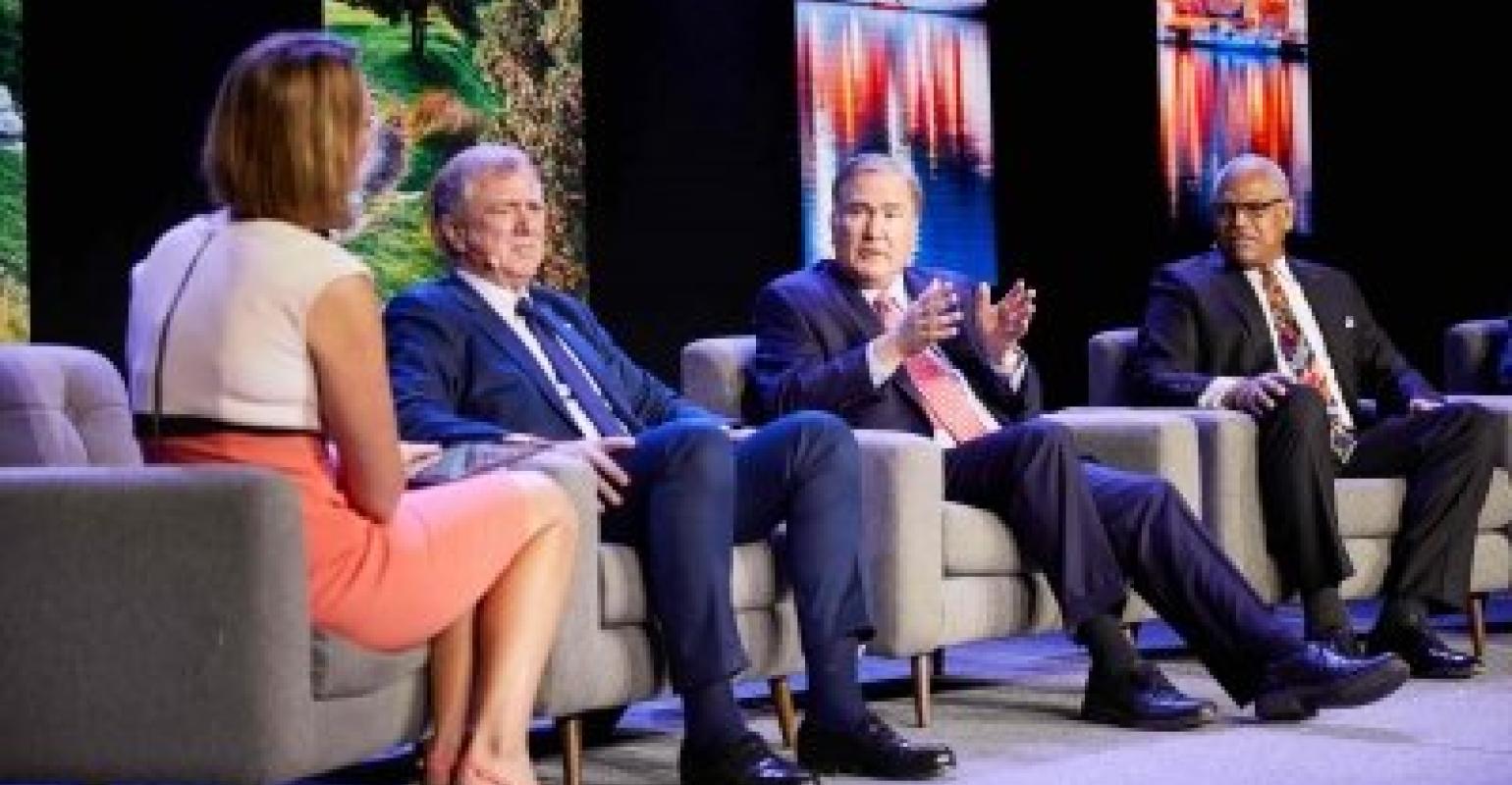 A downturn could happen 'sooner or later, but there is nothing on the horizon I see that would suggest any type of slowdown,' Frank Del Rio, president and CEO, Norwegian Cruise Line Holdings, told the largest Seatrade Cruise Globalaudience in the event's 35-year history.

Both millennials and retirees, with the latter's numbers expected to double in the next 10 years, are cruising, according to Arnold Donald, president and CEO, Carnival Corp. & plc.

'We're constantly looking forward,' noted Richard Fain, chairman and CEO, Royal Caribbean Cruises Ltd. People's tastes change, so lines need to innovate. And, while building the market for cruising, it's imperative to be proactive on safety and environmental issues, while chipping away at 'ignorance and perceptions that are amazingly difficult to overcome.'

Consolidation has been a trend and 'to some degree, the industry has gotten too concentrated,' Del Rio said, but 'to have a vibrant industry, you need new entrants.' He acknowledged the emergence of new companies and brands.

Fain noted new entrants also give credibility to the business.

While innovative ships are important, destinations and itineraries remain the key draw. And more places are opening to cruising.

'We are very excited about the resurgence of the Eastern Med,' Del Rio told the Seatrade audience, adding that he's a champion of Turkey. Lines are putting this high-yielding region back into the charts after leaving in 2016 following security concerns.

How will the industry look in 10 years?

It will have bigger ships and smaller ships, Donald predicted, adding that supply growth is limited to 7% a year by shipyard capacity constraints.

''Over time, all ships get bigger,' Del Rio said, explaining that's because they operate more efficiently.

A larger ship actually has a lower carbon footprint per passenger, Fain said, adding: 'Does it really matter if [the same number of] people come to port in two ships or one?'

So that means older ships are more polluting? Hockings asked.

On the impact to destinations, Donald noted cruise lines have worked to stagger arrivals at Dubrovnik, while Vago pointed out Barcelona has 50m visitors a year, with an average of 140,000 arriving by air per day. Cruise arrivals average 5,400 passengers per day, so ship travel provides a 'much better way to control the flow of visitors.'

But since ships are so visible to the public, while airplanes are not, 'We need to engage and tell our story better. We are a sexy industry, for good and for bad reasons. It's very easy to point the finger at cruising,' Vago said.

'More ports want us to come than not come,' Del Rio said. And most appreciate the economic impact, Fain agreed.