BVI aims to have some Tortola cruise facilities open by November 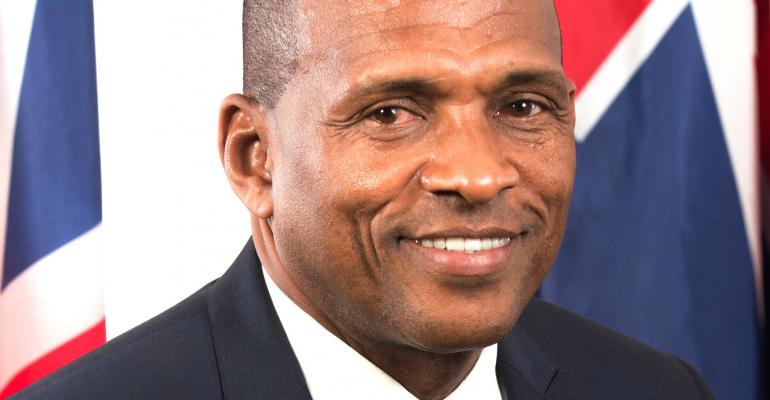 Mark Vanterpool - BVI, through the ports authority, on a 'fast track towards the restoration of the cruise and shopping facility'
The British Virgin Islands got a double-punch from hurricanes Irma and Maria but Mark Vanterpool, minister of communications and works, indicated the cruise pier and Tortola Pier Park sustained minimal damage.

According to Vanterpool, the initial assessment suggested minimal pier damage, however BVI is engaging a qualified engineer to provide a comprehensive evaluation. Tortola Pier Park held up 'reasonably well,' he added.

Of the 11 buildings, only three had roof damage; the structures remain in place. Other buildings, common areas and the tour dispatch station suffered minor damage, Vanterpool said.

'Through the BVI Ports Authority, we are on a fast track towards the restoration of the cruise and shopping facility with a targeted date of reopening at least 50% of retail and food and beverage stores by 1st November,' Vanterpool has informed cruise lines.

Vanterpool said he's working closely with the office of the premier to prepare a detailed report on the status of beaches and major attractions.

Representatives of the Florida-Caribbean Cruise Association were scheduled to visit today for a full update on the status of the restoration efforts.

According to the FCCA, MSC is paying for and transporting a large, semi-permanent structure to the BVI to be used as a school, which the association coordinated through Eventstar Structures, a Platinum Member. The territory is also receiving aid from the Cayman Islands and St. Lucia, with Puerto Rico as an option to coordinate relief shipments, and Britain is expected to provide extensive relief support.

Vanterpool said the government and people of the Virgin Islands are 'dedicated to the expedited recovery of the territory and are confident that the BVI will swiftly recuperate from this disaster and will re-emerge stronger.'