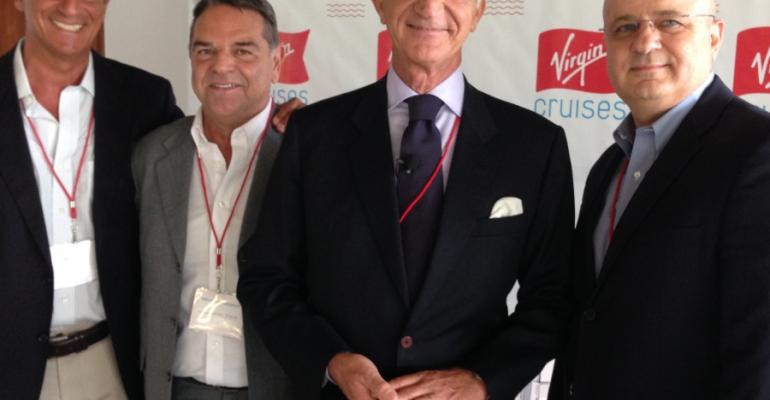 'It seems funny when a 2,800-pax ship is referred to as a boutique ship,' a veteran senior executive wrote in an email to Seatrade Cruise News.

Fincantieri, the builder, looks at it a different way.

'It's good to see not everyone is going for very large ships,' chairman Vincenzo Petrone said. He disclosed Fincantieri is being approached about vessels in the 250,000gt to 260,000gt range—larger than the Oasis class.

'Boutique means different things to different people,' a leading concessionaire commented. 'A classic boutique hotel is 30 or 40 rooms on a side street, which provides a very different experience from a hotel with hundreds of rooms on the high street,' he said.

In his view, boutique hotels that offer a differentiated experience have taken off but 'we haven't really seen that in the cruise industry.'

He doesn't count exclusive 'ship within a ship' experiences like MSC Yacht Club and The Haven by Norwegian because there is still a lot of crossover between the passengers who pay a premium for those areas and the rest of the ship.

'A true boutique experience has less crossover,' he said.

Yet if anyone can differentiate experiences, it's the Virgin Group.

'They're very, very good at segregating markets and marketing themselves to add value, and I will be fascinated to see how they do this in the cruise industry,' the concessionaire said.

At 110,000gt a Virgin ship will outsize what was the world's largest cruise ship less than two decades ago, the 101,000gt Carnival Destiny. That 1996 Fun Ship was also the first post-Panamax passenger vessel. Even the definition of post-Panamax is now changing.

Sizes not just in the contemporary segment but also premium and luxury have ballooned.

There were many skeptics when Celebrity Cruises announced it would follow the 91,000gt Millennium class with what seemed huge for the premium segment: the 122,000gt Solstice series. How could a premium experience be delivered on such a big ship? The 2,850-berth Celebrity Solstice entered service to great acclaim in 2008 and the series stretched to five.

Even Holland America Line, which has long touted its 'mid-sized' fleet, is going right up to the threshold of what used to be post-Panamax with its 99,500gt Koningsdam, which has 2,650 lower berths. With everything getting bigger, 99,500gt will still be 'mid-size.'

For Fincantieri, large contemporary ships used to be the focus. Italy hasn't built the biggest cruise ship in some time, though. Its largest to date is the upcoming MSC Seaside at 154,000gt—'small' compared to STX France's 227,700gt Harmony of the Seas.

In recent years Fincantieri has diversified its clients and its designs, winning orders from MSC Cruises, Oceania Cruises, Ponant, Regent Seven Seas Cruises, Viking Ocean Cruises and Seabourn. And Fincantieri has built for virtually all new entrants including, going back to the 1990s, Disney, when McAlpin was on the start-up executive team.

'We have developed well for all segments and sizes so we are able to interpret and tailor ships for new segments,' said Loris Di Giorgio, head of cruise ship marketing and sales. Virgin, he added, will expand cruising's appeal to new customer segments.

'We are convinced the whole sector will benefit,' he said.

According to McAlpin, ordering from Fincantieri was 'an easy decision. They bring a level of creativity to everything they do.'

Chairman Petrone thinks flexibility was a key to nailing the deal. 'We continue to modify the design of the ship until the very last minute so the customer has the chance to adapt to evolution in the market,' he said.

'I wish you'd told me that,' Branson replied, adding that it might be nice to have ships with wings.

'It depends on the price,' Petrone quipped.