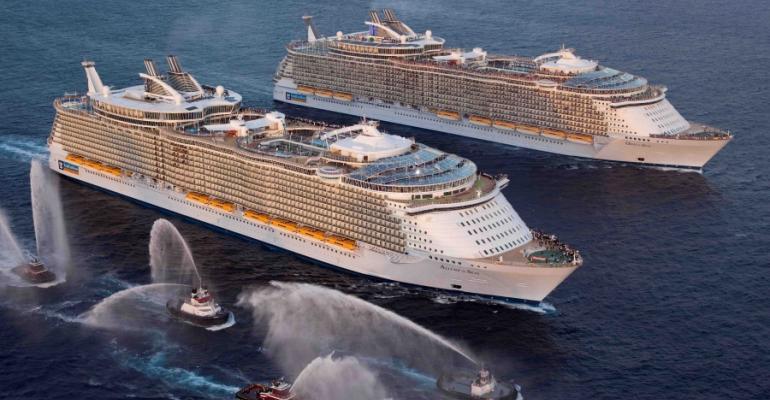 The Caribbean booking environment continues to be 'extremely promotional,' particularly for cruises of seven and fewer nights, Royal Caribbean officials said Thursday, adding they expect this climate to continue throughout 2014. Longer Caribbean sailings are performing better.

Chairman and ceo Richard Fain characterized the company's current view of the Caribbean as 'weaker' in terms of total yield than it was in January. That said, promotions have been effective at increasing volume.

Booking were up double-digits in March and April—'unprecedented' post-wave, Fain said.

This year's wave season was 'typical,' which 'generated a little concern,' he added, 'then volumes picked up post-wave but we had driven a little of that by post-wave promotions.' These included kids sail free and Celebrity Cruises' '123 go!' which presents a choice of on-board offers or, as Fain put it, gives the consumer more for the same price instead of discounting fares.

Company president and coo Adam Goldstein said Royal Caribbean continues to drive strong revenue in the Caribbean with promotional activity and the Oasis-class ships still command the highest premium in the region despite competitors' new entrants.

Also, Quantum of the Seas, six months from delivery, is in 'a very favorable position for the winter [Caribbean and Bahamas program from Bayonne, N.J.'s Cape Liberty] ... doing very well,' Goldstein told analysts.

The decision to deploy Quantum to China following its inaugural season reflects China's strength and is 'not a commentary on any other market,' he added.