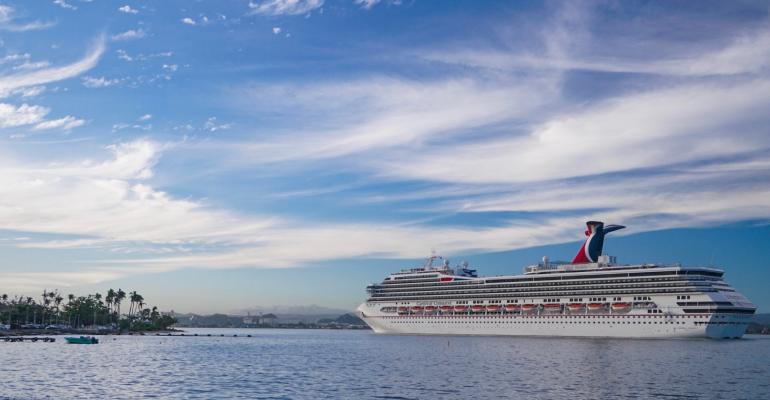 Carnival Conquest is pictured arriving at San Juan on Nov. 30 when the line resumed transit calls in Puerto Rico

The cruise industry's multifaceted, million-dollar advertising campaign to get the word out that the Caribbean is open following hurricanes is making a difference and has chalked up more than 5bn media impressions.

So said the campaign's driver, the Florida-Caribbean Cruise Association, which is now shifting the message slightly to 'Caribbean for Everyone' to continue the momentum.

'We could not be prouder of the results so far,' FCCA president Michele Paige said. 'The most rewarding thing about this campaign is that it has directly benefited people’s lives throughout the Caribbean, as many destinations rely on tourism as the lifeblood of their economy.'

Paige said the FCCA looks forward to continuing the momentum and impact with 'Caribbean for Everyone.’

That is in addition to the 1.23bn impressions and 9,041 placements through a satellite media tour, as well as public service announcements with more than 30 celebrities on track for 1m total views by mid-January on social media alone—and many more impressions through television networks that have agreed to run them.

The campaign has also featured a landing site, CaribbeanIsOpen.com, with destination footage, a Q&A section, traveler testimonials and a map of open destinations, as well as a media call with Arnold Donald, president and CEO, Carnival Corp. & plc and chairman, Cruise Lines International Association, and Adam Goldstein, president and COO, Royal Caribbean Cruises Ltd., and chairman, FCCA, which drew more than 70 media.

The focus has been targeting potential travelers to educate about the region’s more than 1m square miles and 100 ports—most unaffected by the hurricanes and ready to welcome visitors.

The campaign also showcased the affected destinations’ resiliency and recovery efforts. That recovery has been so swift that thousands are now visiting by cruise ships and checking into hotels every day in destinations like Puerto Rico, St. Maarten and the US Virgin Islands.

Considering these developments, the FCCA is redirecting the campaign to focus on the sunny side of the original messaging, continuing to educate about the region’s vastness and multiple destinations, along with the variety of attractions, activities and cultures they offer. These range from mountains and waterfalls to forests and deserts, and culture and cuisine influenced by the Dutch, French, Spanish, British and a Creole mix of it all—united by year-round great weather, friendly people, spectacular beaches and crystal-clear, turquoise water.

Running at least through 2018, 'Caribbean for Everyone' will continue using the proven formula and resources of the #CaribbeanIsOpen campaign to display the region’s range on a grand scale, and focus on particular products and markets to convey the Caribbean offers something for everyone.

The FCCA also will work directly with with select destination partners to further tailor the message, and to create and distribute media materials complementing the campaign.