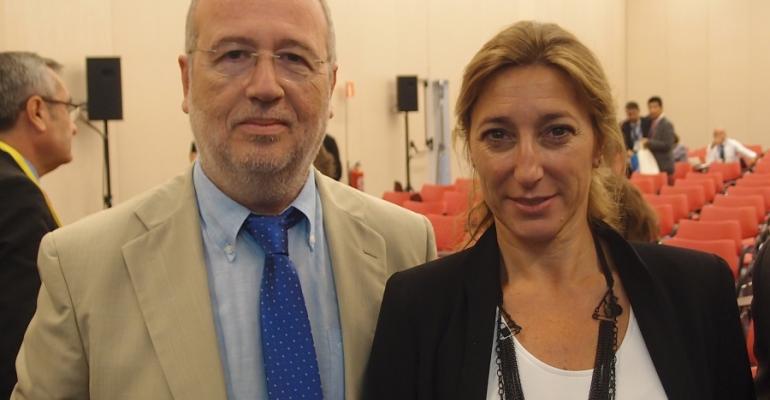 Carla Salvadό succeeds Stavros Hatzakos as MedCruise president
Carla Salvadό, marketing and cruise manager of the Port of Barcelona, is elected as the new president of MedCruise.

The election for president and new board of directors took place at the 45th MedCruise General Assembly held in Barcelona, Spain. Salvadό succeeds out-going president Stavros Hatzakos, general manager of Port of Piraeus who held the position for three years. He will continue serving the Association as Honorary President.

Salvadό started working at the Port of Barcelona in 1992, and was first involved in the cruise industry in 2003. She worked for three years as Secretary General of MedCruise, and served its BoD in subsequent years. She has studied Economics and Business Management at the Pompeu Fabra University and ESADE Business School.

Salvado commented: ‘I am very confident that the Association will continue to effectively represent all cruise ports in the Med and its adjoining seas. MedCruise is a unique association that unites and represents cruise ports that host over 20% of the global cruise traffic. I would like thank MedCruise members that trust me to lead the Association, and I am looking forward to working with all our members to promote cruising activities in each of them.’

The new Board of Directors decided that the MedCruise Secretariat will continue in Greece and reappointed Thanos Pallis as the secretary general of the Association.